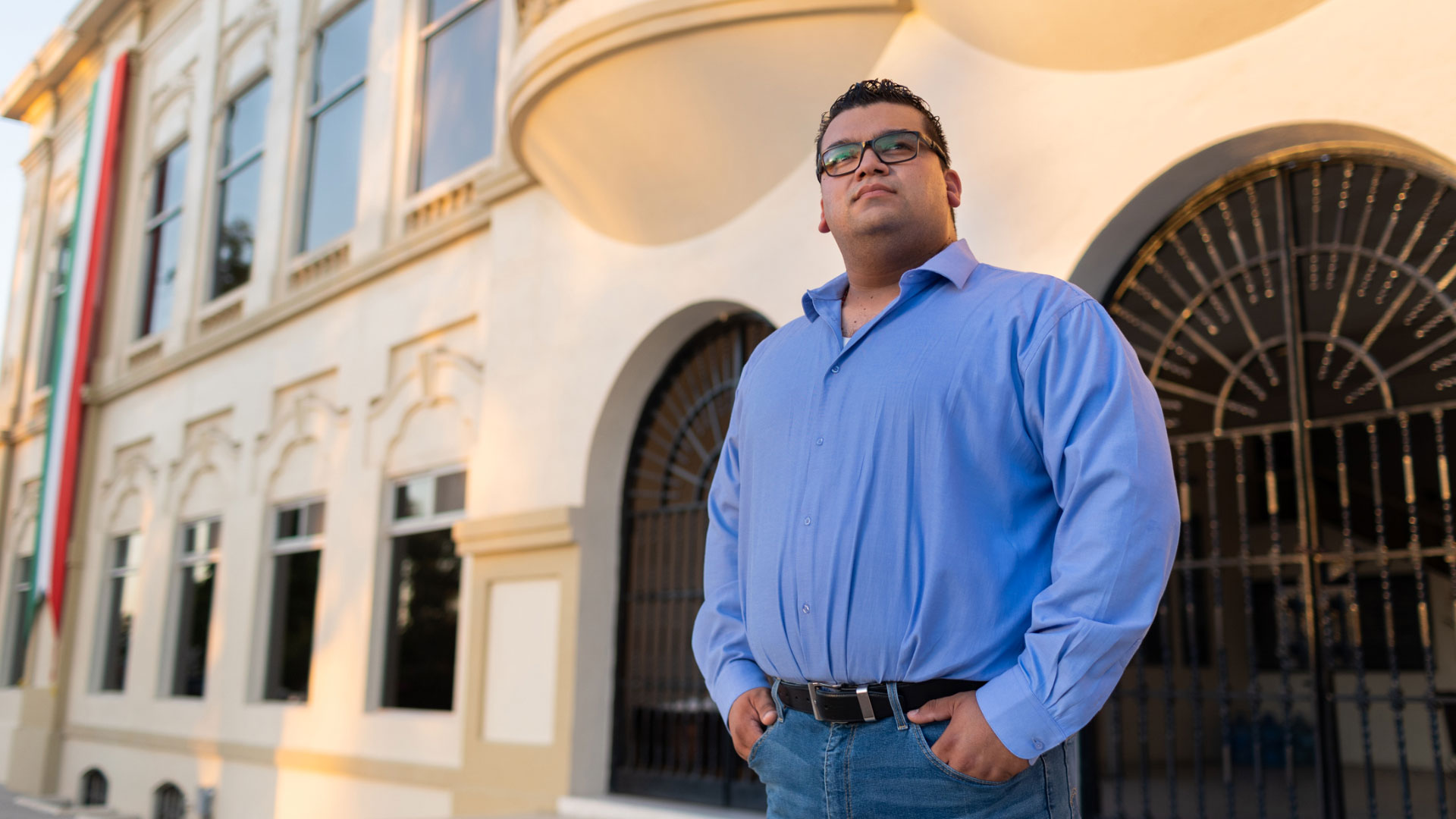 A 2022 graduate of the Autonomous University of Baja California (UABC) in Mexico could lose his license to practice psychology for what he said during his graduation speech.

Even though Christian Cortez Pérez’s comments were made in a university setting, a group of faculty members called on the university to silence and punish Pérez, calling the content of his graduation speech ” hate speech”, according to ADF Internationala faith-based legal defense organization.

At the top of his class at the university’s School of Medicine and Psychology, Pérez earned the right to deliver the commencement address at his June 27 graduation ceremony. In his speech, he expressed his deep moral convictions regarding the state of the world today. on many issues, including the importance of family and the sanctity of life.

During her speech, Pérez called for the rejection of the redefinition of family and the radical ideology of gender.

“Today we are immersed in a real anthropological struggle to redefine the human being, the human person, man, through the implementation of ideologies and ways of thinking that always end up undermining the dignity and freedom,” he said.

He further noted that “attacking life and family is self-destruction, it is an attack on civilization itself” calling on his peers to live in solidarity with each other – ” you have to love, no one seeks the good of the other if he does not love him.”

“I exercised my basic right to free speech to speak to my classmates about what I believe to be the most pressing issues of our time,” Pérez said in a statement. “Now I risk losing my entire professional career because I have expressed opinions that some students and professors disagree with. Public universities must respect the right to freedom of expression of all students, and I am committed to obtaining justice not only for myself, but for all Mexicans interested in preserving the right to free expression.”

According to the ADF, attempts were made to silence and punish the psychology graduate. A group of university faculty released a “manifesto” calling on the university to sanction Pérez’s so-called “hate speech” by: 1) withholding his college degree and professional license, 2) withdrawing his merit award, and 3) alerting psychology associations across Mexico to his actions.

Essentially, the group’s demands would prohibit Pérez from practicing as a psychologist in Mexico. Their list of demands was presented to the University Council.

Pérez was informed on August 4 that the school had taken legal action against him. He filed a counterclaim to protect his legitimate interests. The university’s final decision is expected in mid-September, according to the ADF.

ADF International lawyer Kristina Hjelkrem said: “If the campaign to punish Christian succeeds, it shows that anyone who dares to speak in public in Mexico is in danger. .”

CBN News has reached out to Daniel Octavio Valdez Delgadillo, Ph.D., president of the Autonomous University of Baja California in Mexico for comment. We’ll post it here if we get a response.

Freedom of expression on campus? Not really

As CBN News has reported over the past few years, students and teachers around the world have been the target of censorship campaigns, as well as lawsuits that threaten to damage both their reputations and their careers. .

In November 2021, the Loudoun County School Board agreed to a permanent injunction restraining it from retaliating against Leesburg Elementary School teacher Tanner Cross for expressing his constitutionally protected views on politics. board transgender.

Cross made headlines after he was suspended for telling the school board he wouldn’t address children by preferred pronouns because it violates his Christian beliefs.

“I love all my students, but I will never lie to them, whatever the consequences,” he said at the end of May. “I am a teacher, but I serve God first, and I will not claim that a biological boy can be a girl, and vice versa, because it is against my religion. It is lying to a child. That’s abusing a child. And that’s sinning against our God.”

Also in March 2021, the United States Supreme Court ruled in favor of a former Georgia student who sued his school four years ago after officials stopped him from distributing Christian literature on the campus.

The high court tied 8-1 with the student, Chike Uzuegbunam, and against Georgia Gwinnett College. Uzuegbunam has since graduated, and the public college in Lawrenceville, Georgia, has changed its policies. Lower courts said the case was moot, but the Supreme Court disagreed.

The college changed its policy in 2017. Students can now generally present or distribute literature anywhere and anytime on campus without first obtaining a permit.

As CBN News reported last week, a new survey found that if you have an opinion on the COVID-19 vaccine, racial inequality, or abortion, then Columbia University, University of Pennsylvania and Georgetown University are listed among the worst places to go.

The report produced by FIRE (The Foundation for Individual Rights and Expression) in partnership with College Pulse, has ranked the best and worst college campuses for speaking your mind.

The third year College Free Speech Rankings is the largest report on student self-expression, surveying 45,000 students at 203 of America’s largest and most prestigious campuses.

Columbia University has become the worst institution for free speech.

“They have a 9.91, rated pretty low,” Sean Stevens, senior researcher for FIRE, told CBN News. “That would be an abyssal rating based on our speech climate classifications.”

“Amazingly, Columbia is quite tolerant of liberal speakers, but also compared to most other schools, they’re quite tolerant of conservative speakers…that’s not why they do poorly,” Stevens explained. “They are punished a lot for a number of school sanctions over the past four years.”

The University of Pennsylvania ranks 202 out of 203 universities, according to the survey.

“Like Columbia, {University of Pennsylvania} scores poorly on disruptive conduct, openness, comfort in expressing ideas, an item where we ask students how comfortable they are in expressing their opinions “, explained Stevens. “It could be a written assignment, in class, in the quad, or the lunch room, social media.”

*** Please sign up for CBN newsletters and download the CBN News app to ensure you continue to receive the latest news from a distinctly Christian perspective. ***

EDITORIAL – A new normal for the courts