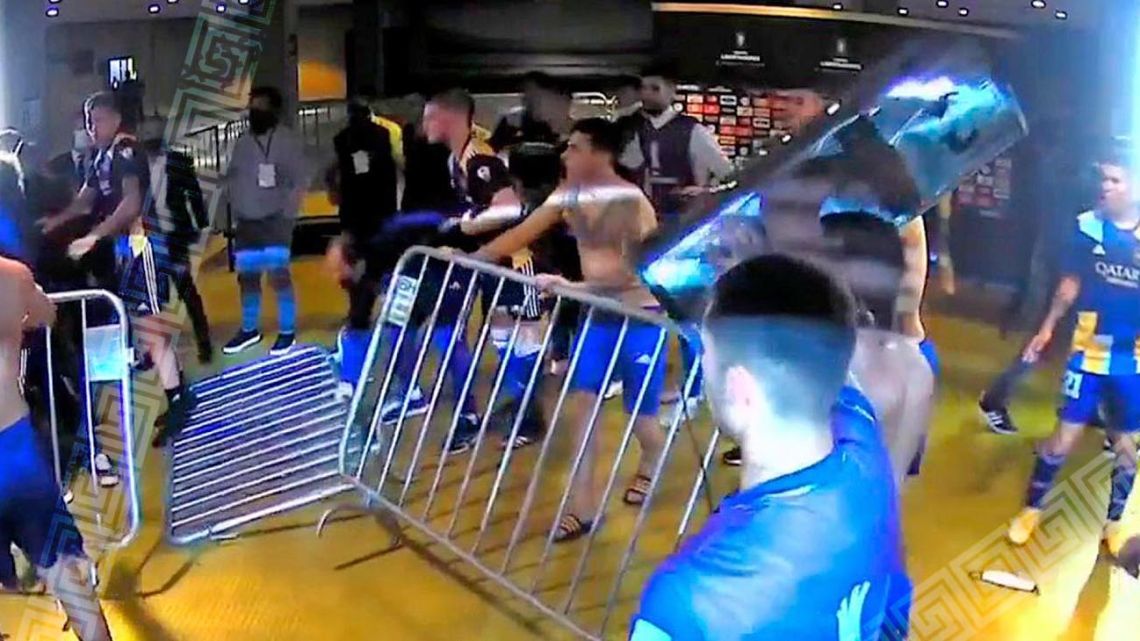 After two months in which the comings and goings of Argentina’s Copa América winners made the headlines, normal service has now resumed. Boca Juniors are now the only word on the lips of any football fan, after the giants crashed out of the Copa Libertadores in a fiery, if not very controversial way.

After seeing Diego González’s goal in the first leg of the round of 16 against Atlético Mineiro ruled out for a minute of foul in the preparation, lightning struck twice for the Xeneize in the return leg. Moreover, González was in the thick of the action again, with his offside knee held back by referee Esteban Ostojich – instantly losing the hero status gained thanks to his stern but fair referee in the Copa final. America for at least half of Argentina’s population – and VAR as reason enough to rule out Marcelo Weigandt’s point blank strike.

The rest is history. After three of the worst penalties we are likely to see this year, Boca was out of the game: an elimination that was marked by an ongoing battle with police and security guards in the Estadio Mineirão tunnel, flying water dispensers and fire extinguishers and a night camped outside a Belo Horizonte police station as the culprits were forced to give statements to the authorities before being finally released on bail.

Unsurprisingly, Boca’s official reaction to events preferred to dwell on the injustice of VAR rather than the chaotic scenes that followed.

“Boca Juniors suffered in this Copa Libertadores match against Atlético Mineiro two inexplicable decisions annulling legal goals which destroyed the sportsmanship of the most prestigious tournament on the continent”, said Tuesday evening a statement signed by the president of the Jorge Amor Ameal club. “Today our members, fans, players and coaches have been injured in this crass way, with this malicious and biased use of VAR technology. The events mark something unprecedented, the only time a club has been eliminated. of the competition after winning both games of the draw.

That hyperbolic last sentence aside, and regardless of the allegations about past arbitration decisions, it’s hard not to objectively sympathize with Boca. Falling under the spell of VAR twice in as many games is unfortunate to say the least, although the two incidents, taken in isolation, were far from clear anyway. The real problem, setting aside the fantastic claims of malice and anti-Xeneize conspiracy, is one that continues to harass Argentine and South American football – those tasked with running it on the pitch are simply not up to the task.

From the World Cup qualifiers in early June, through the Copa América and now the Libertadores, it has become clear that implementing VAR at the continental level poses more problems than it solves. From endless waits for decisions to mistakes as glaring as those that preceded technology – Boca’s uproar aside, Uruguay were denied a clear goal against Paraguay due to a non-existent offside and Cerro Porteño suffered an almost identical fate against Fluminense last week – and the prevailing feeling that any decision is worth harassing the referee in the hope that he will give in and turn to the cameras, the general opinion of the match officials are probably as weak as they have ever been. Perhaps the current fan ban is actually a blessing in disguise, because in this context it is easy to imagine how some of these decisions would have been received in the stands.

One can only hope that these serious issues are just starting pains for what is still a (relatively) new phenomenon, and that with practice and experience, referees and those stuck in the VAR booth become more proficient both with their decisions and, almost as important, how they are made and communicated to players and fans. That moment, however, seems far away, and as long as the current unease with officials persists, the prospect of horrific explosions like that of the Mineirão will remain a danger.