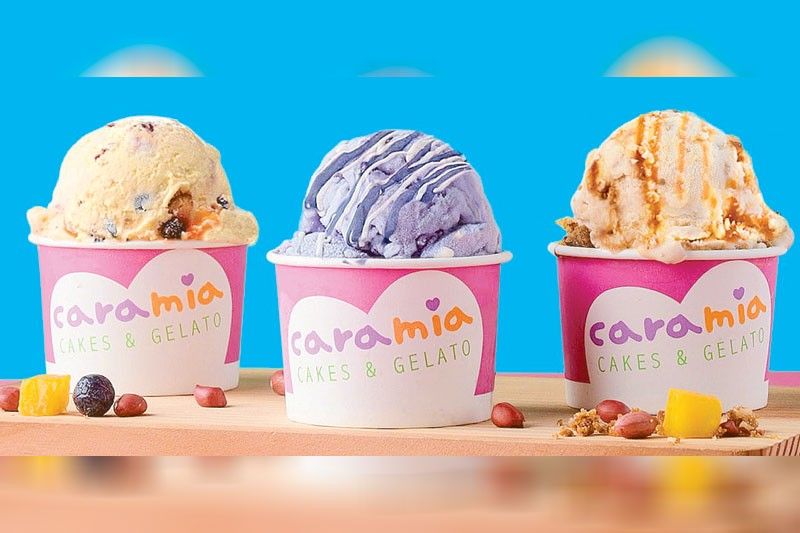 MANILA, Philippines — The 40th Cara Mia branch was launched on April 9 while serving gratitude in the form of cakes and gelato at SM Grand Central Caloocan.

It was Danny and Tessie Moran’s dream to make Cara Mia the Filipino home of upscale cakes and ice cream. But, when the Morans had made Amici ice cream their favorite in the 90s, it still belonged to the priests of Don Bosco.

A great opportunity presented itself to them in 2007 and they bought the Amici restaurant.

In 2009, the Morans – joined by their sons Philip and Paolo and daughter Pammy – saw the potential in Cara Mia and decided to make it a separate brand from Amici, with the opening of its Greenhills branch.

Today, 25 years later, Cara Mia continues to offer sweetness and happiness to the palates of Filipinos.

“Over the past two pandemic years, due to closures, we have seen a gigantic shift in food delivery,” said Philip Moran, COO and GM of Cara Mia and Amici Restaurant. “In response to the needs of the times, we started developing products that performed better through delivery; we have also changed the packaging to better withstand travel.”

And, after two difficult years, Cara Mia has embarked on the “new normal” and the reopening of face-to-face dining with the launch of its 40th store. The festive nature of the situation did not go unnoticed, as the store was made even brighter by adding neon light elements to make it more attractive and Instagrammable.

“We know that our market is primarily in the millennial segment, so we’ve made the stores more engaging and Instagram-ready,” Philip added.

Now that more people are in malls, there has been a huge increase in ice cream sales, which is a welcome change from the pandemic years.

Philip says it’s fitting for the brand to add more flavor to the many ice-loving Pinoys.

“People are also continuing to buy ice cream and cakes for the holidays now that they can go out more, so we are also increasing our list of upcoming cakes, which we will be launching throughout the year,” a- he declared.

The brand was lucky as SM Grand Central is the third branch to open this year. Cara Mia also opened SM Marilao and SM Lipa in the first quarter of 2022. Cara Mia plans to open four or five additional stores this year.

“We will open two more Cara Mia branches before Mother’s Day at SM Mall of Asia and SM Bicutan,” said Philip. “After all, restaurant diners have been stuck at home for two years and are making up for lost time with revenge meals and revenge trips as well.”

Philip adds that the volume of ice cream and cake sales has been unprecedented in recent months. So, Cara Mia remains very hopeful for the year ahead as people begin to live their lives in the new normal. The flagship branch opened with the theme of fun, joy and dynamism of Cara Mia. In addition to Cara Mia favorites, it currently offers the new summer gelato flavors, White Chocolate Ube, Mango Berry Medley and Peanut Butter, as well as the current line of gelato to accompany the cakes people have come to know and to love by Cara Mia. .