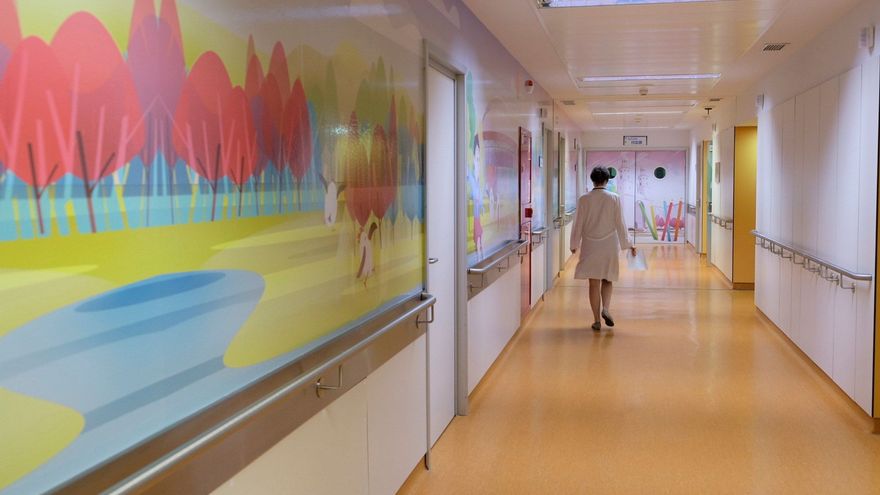 With a certain 228 reported cases of pediatric hepatitis acute of unknown originaccording to data from the World Health Organization (WHO), the scientific community is looking for its causes and, although there are various open hypothesessome indications point to an adenovirus, F41.

The professor of microbiology of the University of Salamanca (USAL) Raúl Rivas revises with EFE, in six questions, what we know and what we still don’t know about this diseasecases of which have been reported in twenty countries.

In Spain, 22 cases have been investigated since Januaryaccording to data from April 29. In four of the nine cases analyzed for which the results are available, a positive test for the adenovirus was obtained.

Right now, Rivas says, there are more questions than answers about the cause of this disease, which affects infants as young as 16 and has caused at least four deaths worldwide.

What do we know about the possible cause of pediatric acute hepatitis?

At present, it is still difficult to say anything about it, everything is only assumptions, even if “the microbiological window is wide open” because there is no other problem that shows a common pattern, not even in terms of environmental problems, exposure to toxic agents or food.

Samples are still being collected and WHO has requested to analyze the possible presence of certain virusesbut those that cause hepatitis A, B, C, D and E are currently ruled out because they have not appeared.

What hypotheses are considered?

Adenoviruses such as F41 appeared in some sampleswhich is a very specific serotype of enteric adenovirus and normally causes intestinal symptoms, but until now it has not been seen to cause such frequent damage in healthy children.

It’s a sign that “We must be vigilant” to see if a new serotype of adenovirus is circulating, “we don’t know”; if the F41 has had a mutation favoring viral tropism (specificity to infect a particular type of cell or tissue) towards the liver, or if there is a co-infection with another virus.

It also cannot be excluded that it is an undescribed virus or for which this symptomatology has not been established. “Various hypotheses are open.”

Another is that SARS-CoV-2 may have promoted co-infection with other viruses that can cause such damage. This virus which causes covid-19 has been found in some samples.

SARS-CoV-2 is circulating and many of the problems it can cause or promote other types of infections are unknown because “it leaves our immune system a bit decimated. These are things we still don’t know. »

Would the F41 adenovirus be the most probable hypothesis?

It is a hypothesis, but it is not certain. It has appeared in a ‘high percentage’ of samples so far, seen mostly in Alabama (United States), in some European countries and other places, but not all. The first Asian case, which was registered in Japan a few days ago, “appears to be that he tested negative for F41”, which is why he must continue to be analyzed.

Have adenoviruses ever caused hepatitis?

adenoviruses are quite common and circulates all over the planet throughout the year, although most peaks tend to occur in late winter or spring. Some may cause liver damage, especially in immunocompromised children, but have not been seen in healthy children.

Two years of pandemic, could wearing a mask and social distancing measures have weakened the immune system of children?

It is difficult that this is the case because there are affected children up to 16 years old. Before the pandemic, children aged five, six and older were in frequent and constant contact with adenoviruses.

“It’s hard to think” that from wearing a mask, now an adenovirus can affect that way, all of a sudden.

What is needed to determine the cause of this type of hepatitis?

The logical thing right now is what is being done, collect as much data as possible and that involves determining all samples of feces, urine, blood, liver biopsies, both current and past cases, as requested by the WHO.

The distribution of cases can be wide, not only geographically but over time, that it comes from behind and that we are starting to see it now, which is why it is requested that samples of clinical cases who have presented this symptomatology in the last months be analyzed.

It is also possible that we are “at the tip of an iceberg because only the most serious cases are observed”.

Different microbiological agents should be sought, focusing on adenoviruses, but also on other possibilities to establish if these cases have something in common.

“Many doors are still open”, which is why it is necessary to collect the maximum of data and, above all, to be attentive to symptoms in children such as jaundice, white stools and dark urine, so that primary care centers collect them and test them. relevant evidence, to have as much information as possible that “shows which agent may be involved”.