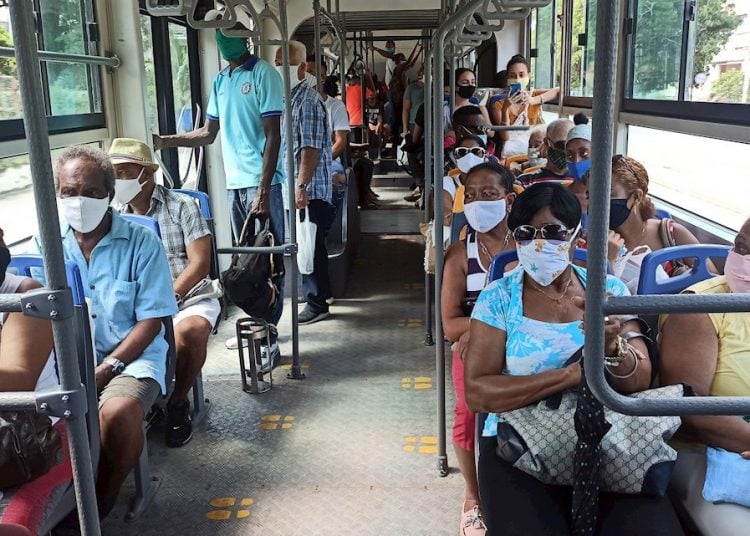 Cuba enters a “new normal”, with the exception of Havana, Sancti Spíritus and Ciego de Ávila

Cuba will enter the post-COVID-19[female[feminine “new normal” next Monday, except for Havana and the two central provinces of Ciego de Ávila and Sancti Spíritus, the government announced on Thursday, without giving a precise date for the reopening of the borders, closed since April.

The capital, the main gateway to the country and the only destination where American airlines are allowed to fly, will move on to phase 3 of resumption which includes the almost total opening of services and productive activities, but for the moment it does not foresee the restart of international flights.

In a two-hour televised appearance, Cuban Prime Minister Manuel Marrero explained that as part of the “new normal”, PCR tests will be carried out on all travelers arriving on the island, who will await the result within the next few days. hotels or their homes under medical supervision. rather than in state isolation centers as before.

However, the Prime Minister did not specify whether as of Monday airports in the rest of the country would come into service, most of them certified according to new health protocols to reduce the risk of the virus spreading.

Cuba’s airspace and ports have been closed since last April, with the exception of tourist charter flights to its keys, humanitarian flights, departures or arrivals of medical missions and freight transport.

With the two highest coronavirus incidence rates per 100,000 inhabitants, Ciego de Ávila and Sancti Spíritus are still in the “indigenous transmission” phase of the disease, with most services and public transport suspended.

To date, the island has a total of 5,917 positive cases, 123 deaths and 91% cure, amid a second wave of COVID-19 with a tendency to control and which today has its epicenter in the central area.

“We are going to apply a new model of life that will allow us to live for a long time with the disease…. Until the vaccine arrives, we must learn to use the only method we have seen work: personal responsibility, ”Cuban President Miguel Díaz-Canel said on the same TV show.

In short, within the framework of the “new normal”, the island will resume its services and activities at full capacity, with epidemiological surveillance protocols which will largely depend on each citizen.

The president insisted on the relevance of the new strategy to be followed, which goes “beyond closures and quarantines” to establish a “very practical set of operating methods under the principle of rationality”.

“If there are epidemics, the center or the block will be closed, the province or the municipality will not be closed, life must go on,” explained Díaz-Canel.

The “new code and responsible way of life” promoted by the Cuban government includes the compulsory use of the mask in confined spaces and crowds, personal hygiene, physical distancing and the disinfection of homes and workplaces.

“We need the population to collaborate and when symptoms appear, to go to the doctor,” insisted Prime Minister Marrero, who said they would continue to carry out PCR tests even in the territories where he did not. there are no positive case reports.

Six Cuban provinces have not detected any cases of COVID-19 in the past 15 days, some even for months. Among the others, only Ciego de Ávila, Havana and Sancti Spíritus register a considerable number, with respectively 251, 221 and 142 positive cases during these two weeks.

From next Monday, the daily TV appearances with updated data on infections, active cases and medical discharges will end, from that moment they will only take place on Friday.

These broadcasts put a face to the fight against the coronavirus on the island and made the director of epidemiology of the Cuban Ministry of Public Health, Dr Francisco Durán, a popular face who has accompanied Cubans through the worst of times. of the epidemic, which had its first peak last April, followed by a worse one in August.

The high-level working group on the temporary government will also be dissolved. Led by the president and the prime minister, it analyzed the evolution of the epidemic every day, although its dissolution does not mean that “we are not going to be interested in it,” said Marrero.

In provinces falling into the “new normal”, government councils created last March, when the first cases of the virus were diagnosed, will be dismantled.

Cuban authorities have announced that they will appear next week to offer more information and explain the changes in the situation in Havana.