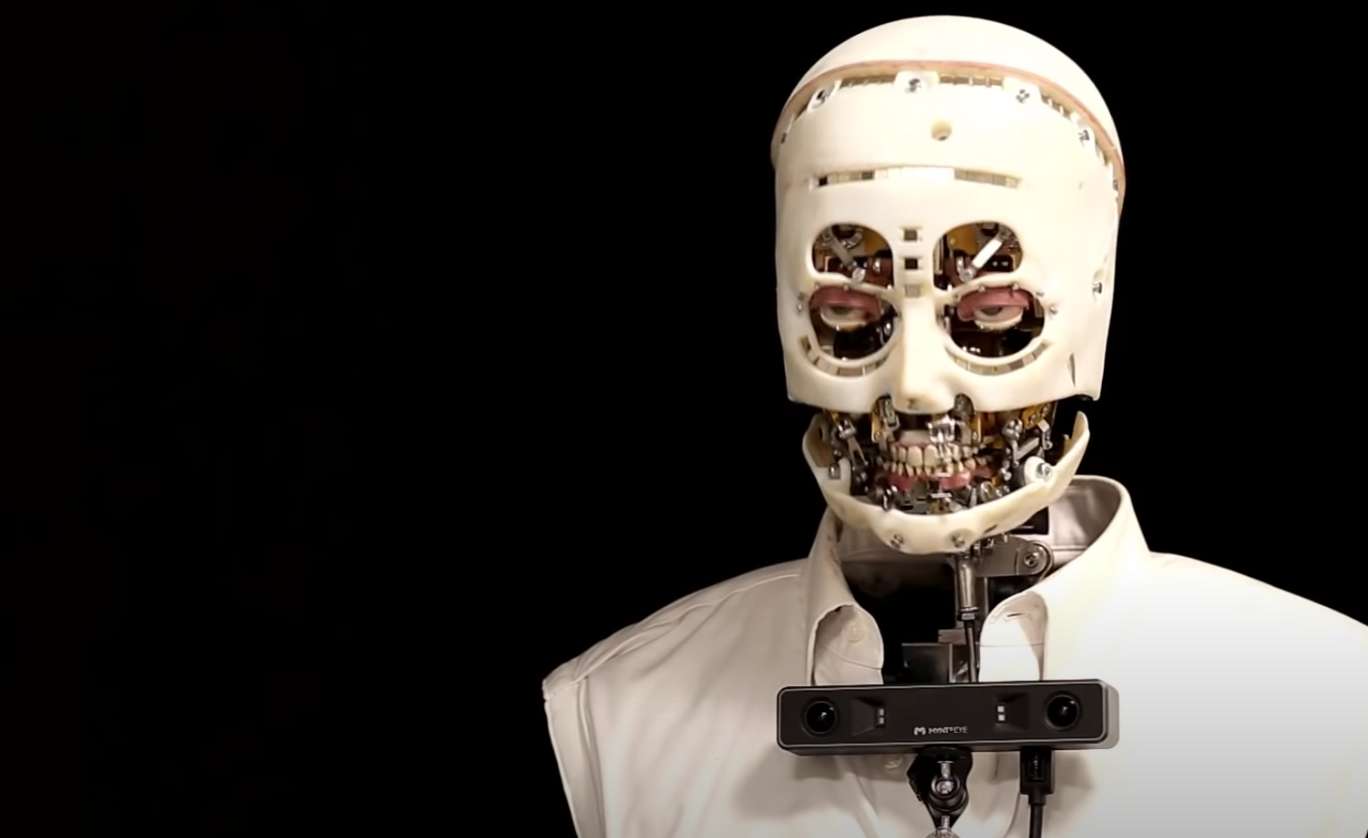 Walt Disney and his team of imaginaries pioneered the field of audio-animatronics starting in 1963 with the enchanted Tiki Room of the Magic Kingdom and its menagerie of colorful songbirds.

Then, Disney upgraded their game the following year with amazing presentations from Great moments with Mr. Lincoln, Carousel of Progress and It’s a Small World in its pavilions at the New York World’s Fair from 1964 to 1965, three top attractions that will eventually be brought to Disneyland in California.

A few years later, the visionary team at Disney tweaked and perfected supernatural technology starting in 1967 on the thrilling electronic ticket ride Pirates of the Caribbean and its “wildest crew to ever trash main Spanish”.

Now the mad scientists at Disney Research are upping their game with a disturbing video showcase of its new audio-animatronic robot, a skinless, lipless horror that seeks to replicate the nuances and emotions of a human gaze. Get ready and be prepared for a little scare!

A little disturbing, but fascinating, no? Disney Research’s Halloween treat depicts the evolution of a next-gen system for a realistic look at human-robot interactions using a humanoid animatronic bust.

They reveal a general architecture that hopes to not only manifest gaze interactions from a technological standpoint, but also show optical tracking, reading movement, and personal engagement to create an interaction that demonstrates the illusion of life. This is also studied from the perspective of character animation where the credibility of the movement is of vital importance.

Disney’s semi-spooky robot is also able to respond to external stimuli by maintaining eye contact with a moving subject, blinking and demonstrating jerks, which are rapid, simultaneous movements of both eyes between two or more. fixing phases.

We don’t know where your paranoia lies, but it looks like we’re heading towards Westworld much faster than we ever imagined!

“Ludo”: a wild and pleasant stroll through deeper philosophical subjects