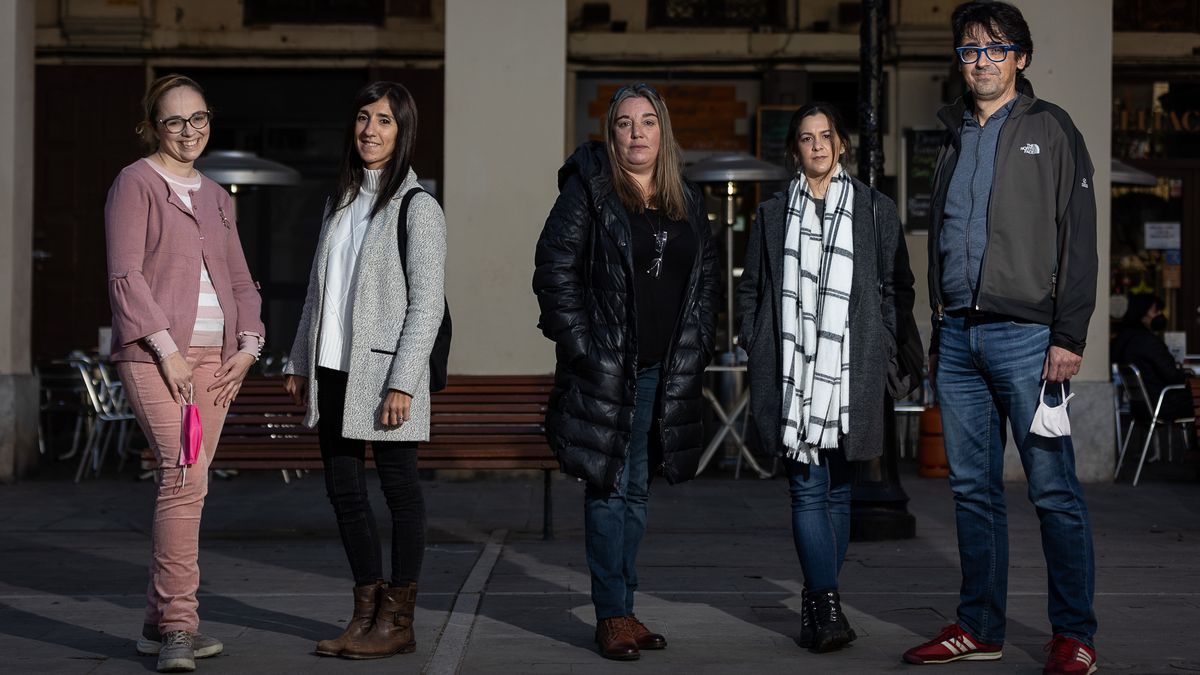 For patients without full vaccination, a Covid pass (and normal life) is out of reach | Society

Ana María Jiménez, a 29-year-old Spanish auxiliary nurse with no underlying health conditions, received the first dose of the Pfizer-BioNTech vaccine on July 27. Three days later, she woke up “with the left side of my face completely paralyzed.” .” Frightened, she rushed to the emergency room of the Clínic hospital in Barcelona. The diagnosis was Bell’s palsy, a temporary condition affecting the nerve that controls facial muscles.

Frédéric Sans, a 49-year-old industrial engineer, presented with swelling and redness in his face, arms and legs two weeks after being immunized with the same Covid-19 vaccine. It took three months and lots of medication – including corticosteroids and antihistamines – to get back to normal.

Laura Joanpera, 40, was vaccinated with Moderna even though she had a history of allergies and sensitivity to certain chemicals. But she certainly didn’t expect to have trouble walking or moving her arms.

These three testimonials from people who have experienced rare side effects are included in a report by the Spanish Ministry of Health, which notes that as of December 12, the 72.4 million doses administered caused 53,407 adverse events, or 0.07 % of total.

For the vast majority of people, the side effects of vaccination are mild and short-lived, usually involving pain in the arm where they were vaccinated, nausea, or fever for about a day. But for a small number of individuals, the effects after the first dose are so severe that doctors are likely to advise against taking a second.

And that, in turn, adds a new layer of difficulty to the problems of these patients. Because they don’t have a Covid certificate proving full immunization, they are denied all sorts of events and venues that require proof of immunity to the virus.

“It prevents us from traveling, accessing any place that requires it and leading a normal life,” says Joanpera. “When you have an allergic reaction, you can’t stop wondering why it happened to you and if it was all preventable somehow. But then to be excluded from the [Covid] passport, it makes you feel discriminated against,” adds Sans.

Sara Benjelali, a 49-year-old lawyer, was kicked out of a bar after she showed waiters her cardiologist’s medical exemption explaining that she could not receive a second dose due to tachycardia after the first injection of the Moderna vaccine. “They told me they couldn’t assess this document. That if the QR code does not appear green, could I please leave the premises. It was shocking and painful,” she recalls.

There is no reliable estimate of how many people in Spain are currently in this situation after suffering a severe reaction to the first dose of a Covid-19 vaccine. The experts consulted by this newspaper speak of a very low incidence which does not alter the benefit/risk ratio of a campaign which has saved 90,000 lives in the country, according to a recent Eurosurveillance report, an open-access public health platform.

Most people who have suffered adverse reactions to a Covid-19 vaccine have a medical certificate explaining why they are exempt from additional doses. But that leaves the decisions in the hands of venue or event employees who usually don’t know what to do.

“This is an administrative problem and the solution is not difficult: it is enough to obtain the certificate if the doctor has advised against full vaccination”, explains Joanpera. “It’s not that we don’t want to be vaccinated, on the contrary, it’s just that we can’t, on the orders of the doctors.”

But Spain’s regional governments, which are in charge of their own vaccination campaigns, seem to think it’s not that easy. Authorities in Andalusia and Castile and León say they are “following the directives of the European Union”. Other officials from Catalonia, Galicia and Asturias point out that these people can still take a PCR or antigen test, which is another way to get the Covid pass (a third proves recovery from a recent infection). Affected people feel frustrated with this response and note that they cannot take and pay for a PCR test every three days or an antigen test every two.

Murcia and the Basque Country claim that certificates indicating a dose should be sufficient to gain access to places and events. Authorities in the Valencia region have a similar position. Other regions say they are not aware of any cases of rejection of partially vaccinated people, while some regions have not adopted the Covid pass at all. According to the Spanish Ministry of Health, it is up to the regional governments that introduced the Covid pass “to establish the relevant exceptions”. But none have done so on paper so far.

Inmaculada Roldán, from the Spanish Society of Cardiology, points to bureaucracy as one source of the problem, as well as computer programming issues with how the Covid digital pass was designed in the first place.

“If there is a medical exemption, it should be possible to complete the vaccination certificate anyway,” she explains, adding that this is not the case for people in special situations. “What is missing is the computer programming aspect at the last stage of the certificate, the one that affects citizens the most. It’s a similar story with people who have lived abroad and received other vaccines such as Sinovac and Sputnik. They are allowed to officially validate their status at international vaccination centers, but translating all of this into a digital certificate does not work properly and the resulting QR code is not valid. This is an administrative problem that can become quite relevant for these people.

Nelly Fernández, a 39-year-old lawyer from Reus in Catalonia, has a long medical history which includes severe endometriosis (a painful condition of the uterus), trigeminal neuralgia (which causes severe facial pain), osteoporosis and fibromyalgia, among other conditions that have been officially recognized as a disability by the public health system. “I didn’t receive any doses. Doctors told me not to get vaccinated because I also had hyperallergy syndrome which once sent me into anaphylaxis and cardiac arrest,” she says. “It all seems very discriminatory to me, because it forces you to walk around explaining your medical history, as if that’s not enough to go on with your suffering every day.”