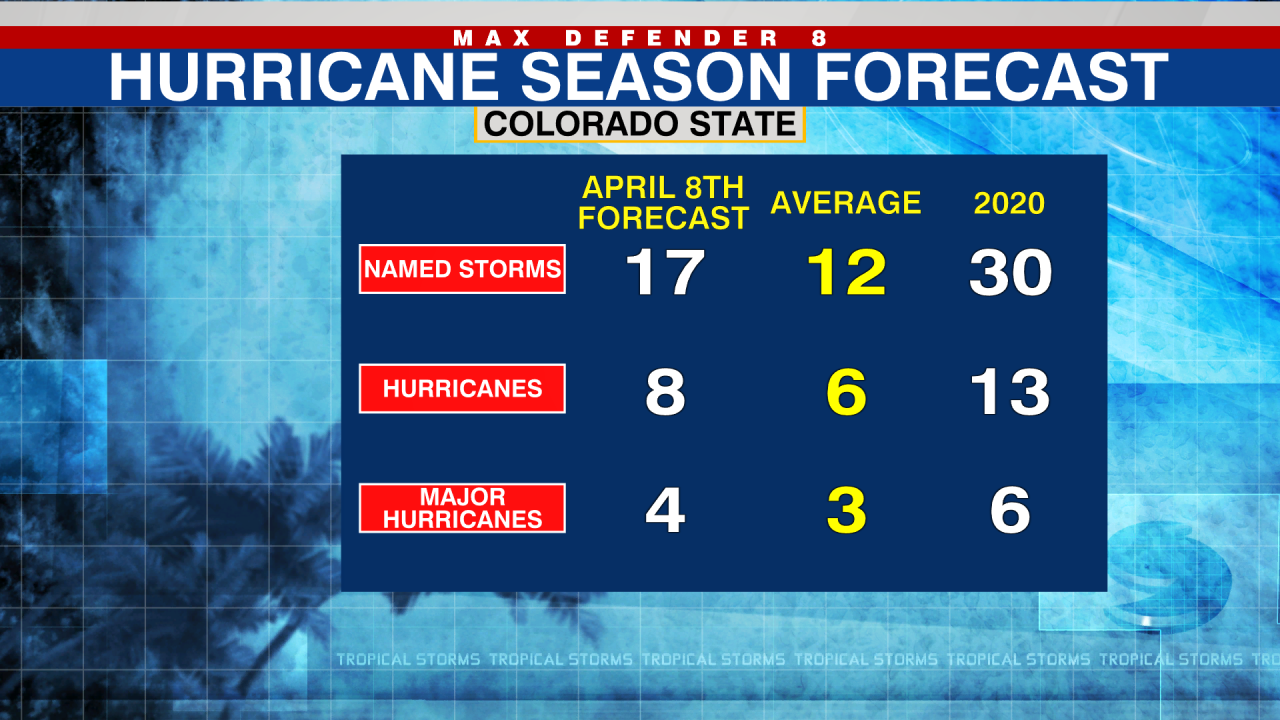 Forecast for the 2021 hurricane season: experts predict above-normal activity in the Atlantic Basin

TAMPA, Fla. (WFLA) – The 2021 Atlantic hurricane season is expected to be another busy season, according to forecasters at Colorado State University.

Meteorologist Dr. Philip Klotzbach and CSU released their long-range forecast for 2021 on Thursday, saying “above normal activity” is expected this year.

The CSU forecaster also said he “expects an above-average likelihood for major hurricanes to make landfall along the continental United States coast and in the Caribbean.”

But whatever the forecast, experts say you need to be prepared.

“As is the case with all hurricane seasons, coastal residents are reminded that it only takes one hurricane to make landfall to make it an active season for them,” the CSU said. “They should prepare the same for each season, regardless of the amount of activity planned.”

On Twitter, Klotzbach said that one of the reasons for the above-average forecast is “the likely lack of [El Nino] this summer/fall. El Nino generally increases vertical wind shear in the Atlantic, tearing hurricanes apart.

It also pointed to a warmer than normal subtropical Atlantic.