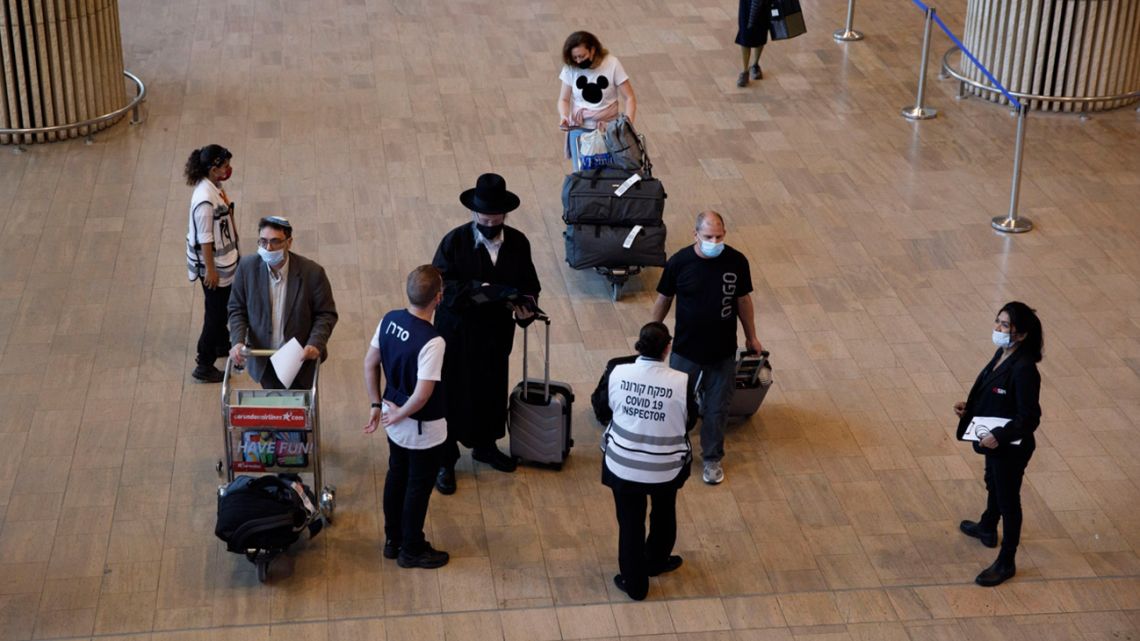 Israel can expect to resume donning masks and has postponed reopening its borders to foreign tourists, its attempt to return to post-Covid normalcy hampered by an upsurge in infections linked to the highly transmissible ‘Delta’ variant.

“A decision has been made that once we have more than 100 new cases on average per week, we will reinstate the wearing of masks in closed spaces,” said Public Health Chief Sharon Alroy-Preis, according to the Ynet website. “I imagine that will happen as early as Sunday given the very rapid trend that we are seeing.” The mask was removed earlier this month.

The new cases had fallen to single digits by mid-June, but this week they have surpassed 100 for three consecutive days. Most of the new cases are unvaccinated children and people returning from abroad. Some of the patients had been fully vaccinated with the Pfizer-BioNTech vaccine.

While the delta Covid strain, first reported in India, is the most infectious to date, almost all cases in Israel have been asymptomatic or mild, and the number of critically ill people has remained around two dozen. The businesses remained open.

On Wednesday evening, Israel postponed the reopening of its borders to foreign tourism until August 1, a month late.

“We have decided to treat this as a new epidemic. We intend to cut it off here, take a bucket of water and put out the flames while they’re still small, ”Prime Minister Naftali Bennett said at the national airport on Tuesday, who throughout of the pandemic has been a vector of the disease.

Other measures taken by the government this week include stricter quarantine regulations, more daily testing and a fine of 5,000 shekels (US $ 1,535) for parents whose children violate quarantine. The wearing of masks has already been reimposed at airports, border crossings and medical establishments.

Bennett’s swift action highlighted a lesson learned from the devastating reopening of Israel’s economy after its first lockdown, under then Prime Minister Benjamin Netanyahu. A low number of cases then led to a abandonment of caution, and new infections soared to more than 11,000 a day, tamed only by new blockages and the world’s most aggressive vaccination campaign.

More than half of the Israeli population has been vaccinated. Israel approved the vaccines for 12 to 15 year olds earlier this month, but only several thousand have been immunized.

However, hospitals that were previously overrun are now only treating a few dozen Covid patients.

Eran Segal, a scientist at the Weizmann Institute, told 103FM radio that if there was no immediate need for panic, Israel should monitor developments. On his Twitter page, Segal said that despite the rise in infections, “there are still virtually no cases of serious illness.”