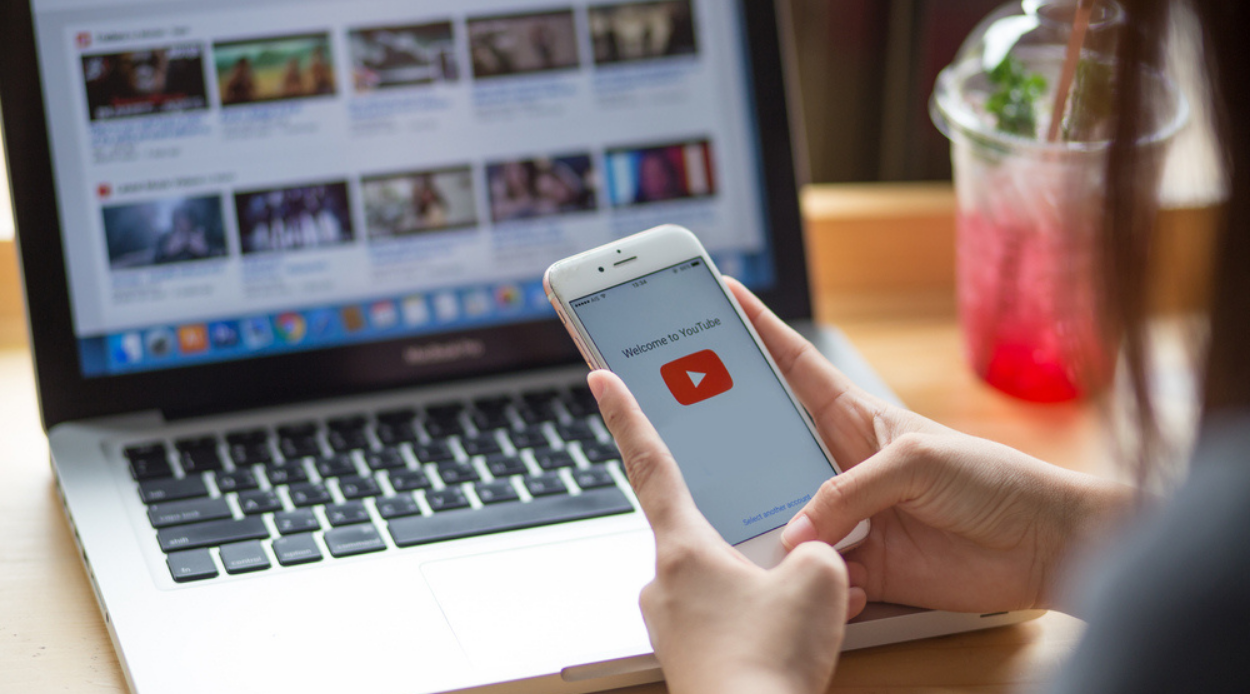 How Much Money Does A Youtuber Make? (Latest Research By 2021)

Still, some people in this world do not believe that it is possible to make money on the Internet. In reality, there are many success stories of people who have made their wealth online. YouTube is just one of many means you can become an Internet sensation, and if you are lucky, an Internet millionaire.

In this article, we will explain how people make money on YouTube.

Minimum Requirements to Make Money on Your YouTube Channel

There are numerous ways to earn money with YouTube business ideas. And each of them has several minimum requirements. To earn money through ad revenue, you must:

You can also make money through channel memberships, which allow subscribers to sign up for extra paid content. Or you could sell merch that viewers can purchase. You must be at least 18 years old for these revenue streams and have at least 1,000 subscribers. Then there’s potential income through Super Chat and Super Stickers, which requires you to live in a country where this feature is available. And YouTube Premium subscription revenue is available to any channel watched by YouTube Premium subscribers.

Not all YouTubers can make money. You have to raise your subscriber base and views before you even think about earning an income. However, some YouTubers make millions. The top earner from 2020, Ryan Kaji, brought in $29.5 million last year. However, most make significantly less than that. The average channel with a million subscribers makes around $60,000 a year.

There is no accurate formula for how much money is made per view. Google usually pays between $0.01 and $0.03 per ad view. But top channels may earn up to $0.05. You can also earn more for each view if you get subscribers to take separate actions like clicking an affiliate link or purchasing merchandise.

The exact amount YouTubers can make per 1,000 views varies based on engagement and type of content. However, average YouTubers make about $18 per 1,000 ad views. You can earn more with extra revenue streams like affiliate marketing and merchandise.

The amount of money you can get paid per hour by making YouTube varies dramatically. The YouTube Partner Program pays based on video views, not hours worked. So a high-profile YouTuber like Jeffree Star may make thousands of dollars for each hour spent working on YouTube videos. But a brand-new YouTuber may have to work for free for years to build up an audience. The average hourly rate falls somewhere around $25 for monetized channels.

The average amount YouTubers make per 1 million views usually falls between $2,000 and $4,000. However, the pay rate differs dramatically depending on the engagement, type of content, and other revenue streams. Additionally, it takes hard work to get to 1 million views. You have to constantly market your channel and create recurring content that gets attention from subscribers and YouTube browsers.

When you make money on YouTube, it’s calculated based on views rather than subscribers. However, the more subscribers you have, the more views each of your videos will likely get. So the average YouTuber with 100k subscribers can make $12,000 or more per sponsored video. Factors like engagement, type of content, and other revenue streams may also impact your income.

Net Worth: $50 million. This is a trick shot team consisting of Tyler Toney, Garrett Hilbert, Cody Jones, Cory Cotton, Coby Cotton, and Panda. The group also regularly uploads videos of “battles,” where the individual members compete against one another in a good-natured game or contest, usually featuring elements and creative spins on different sports and a unique set of rules. Subscribers: 56.1 million Total views: 12.96 billion

Net Worth: $40 million. Primarily a gamer, DanTDM is known for his video game commentaries, especially on Minecraft. Forbes named him as one of the top earners among YouTubers, bagging about $16 million in one year. Subscribers: 23 million. Views: 17 billion.

Net Worth: $28 million. Fischbach is a gamer-commentator, actor, podcast host, and comedian. Originally from Hawaii, he is currently based in California. He is also the co-founder of clothing company Cloak, along with fellow YouTuber Jacksepticeye. Subscribers: 29.2 million. Total views: 15.7 billion.

Net Worth: $25 million. The Canadian gained YouTube stardom by posting video games and producing music under the name Rynx. He posts videos on YouTube of him and other creators playing various video games. He was the creative director for the video game Dead Realm. He has also voiced for the YouTube Premium series Paranormal Action Squad. Subscribers: 25 million. Total views: 12 billion.

Net Worth: $24 million. Jimmy Donaldson (born May 7, 1998), better known online as MrBeast, is credited with pioneering a genre of YouTube videos that focus on high cost-stunts. He pulls off elaborate challenges and large-scale sponsored giveaways (he gave $100,000 worth of items to homeless shelters in December 2018). He went viral in 2017 after his “counting to 100,000” video earned tens of thousands of views in a few days and has become increasingly popular ever since. Subscribers: 95.87 million. Total views: 13.4 billion.

Net Worth: $20 million. Dobrik is a Slovakian-American actor, social media personality, and vlogger who had begun his climb to fame on the Vine app, before moving to YouTube and creating the “Vlog Squad”. In February 2020, he allegedly was worth $7 million and is now allegedly worth $20 million. Subscribers: 18 million. Views: 2.7 billion.

Net Worth: $19 million. Logan is Jake Paul’s older brother. Logan is also an actor and boxer as well. He started vlogging in 2015. Logan has appeared in the TV series Law and Order: Special Victims Unit and in Bizzaardvark (in which Jake had also appeared). Subscribers: 22 million. Total views: 4.8 billion.

How do YouTubers Get Paid?

YouTubers that get paid through the Partner Program earn income based on views of YouTube videos. These are hosted through Google AdSense. So you need to start by signing up for an AdSense account. From there, you need to create a YouTube account and work to hit over 10,000-lifetime views. Then apply for the YouTube Partner Program, and the company will review your content to make sure it fits the creator policies.

Once your application is approved, payments are issued through your AdSense account. Once you accumulate at least $100, you can transfer it to your account. The amount you earn is determined based on how your audience engages with video ads. There are various advertising formats. So some advertisers pay per click, and others pay per view. Overall, the more people watch ads on your channel, the more you’re likely to earn.

Additionally, some YouTubers earn money through other revenue streams. For example, they may include affiliate links in their descriptions, text ads in videos, working with sponsors directly, or selling merchandise.

There are many ways to get paid on YouTube and not just through the YouTube platform itself. Here are some of the ways you can make money as a YouTuber.

Showing Display Ads on Your Channel

Within these categories are CPC, which stands for cost-per-click, and CPM, which stands for cost-per mille (1,000 impressions). Clicks are likely to be more valuable for those who want real engagement or want to sell products or services now. But impressions may be more valuable for those looking to educate or build brand recognition.

Regardless of what types of ads you’re interested in, start by signing up for AdSense and connecting your account to YouTube. Then you can choose the formats that work best for you. Average CPC falls around $2, and average CPM falls around $7.50. And YouTube offers about 45 percent of its ad revenue to content creators.

Affiliate links direct viewers to a website and tracks their activity. When those who clicked a link make a purchase, the affiliate who shared the link earns a percentage of the sale. On YouTube, it’s easy to include these links in descriptions.

For example, you might share links to products you’ve reviewed or demonstrated. To make use of this tactic, find affiliate programs relevant to your channel. The Amazon Associates program is famous for many. Then include your links and start bringing in passive income. This is unlikely to bring in a ton of money right away. But you can use this strategy even if your channel isn’t large enough to host ads. Then you can continue using affiliate links alongside other revenue streams as your channel grows.

YouTube can also provide a platform for you to market your merchandise. Create t-shirts, mugs, or even digital products to offer to your audience. Then simply promote these items at the beginning or end of the video.

Regardless of what types of ads you’re interested in, start by signing up for AdSense and connecting your account to YouTube. Then you can choose the formats that work best for you. Average CPC falls around $2, and average CPM falls around $7.50. And YouTube offers about 45 percent of its ad revenue to content creators.

After seeing the salaries of the top ten YouTubers, you may be considering a career change. Do you think you have what it takes to make it big and compete with these YouTube stars, and are you wondering how to become a YouTuber? Here are some things you’ll need to consider when figuring out how to get paid on YouTube:

Wondering how to make money on YouTube? Some tips that can help include finding a niche, posting regularly, buying the right equipment, and learning how to edit your videos well.

What’s Left of the Failed States Debate?: Putting Five Hypotheses to the Test –…

Reviews | We’ve done the research: masks work and you should choose a surgical…