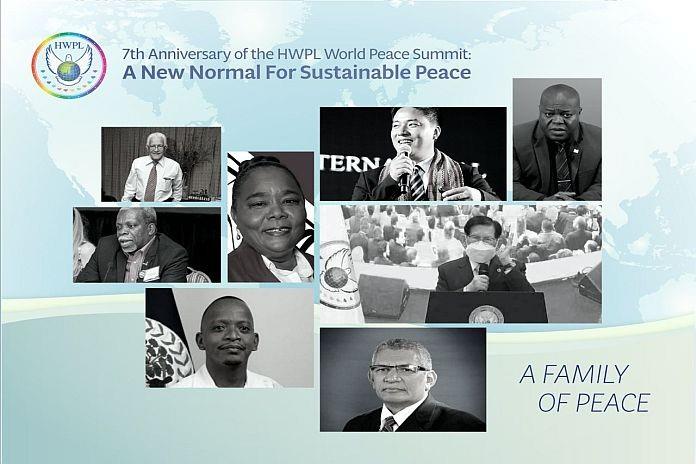 During the conference, participants discussed how HWPL has contributed to peace in the Caribbean region and collected best practices for future initiatives. The virtual forum also marked the 7th annual commemoration of HWPL’s World Alliance of Religions for Peace (WARP) summit held in Seoul, South Korea.

Since 2014, this Summit has hosted political and religious leaders, leaders of women’s and youth groups, civil society and the press from around the world. Notable government and civil society leaders attending this year’s event included:

Forum sessions covered a wide range of topics, including practical ways to amplify the voices of youth and women around peace, how interfaith dialogue sessions around peace have developed around the world through HWPL’s Alliance of Religions program efforts and the economic cost of violence. Together, the leaders of each session were able to discuss ways to implement the group’s peacebuilding principles set out in the Declaration of Peace and Cessation of War (DPCW).

The DPCW is a legal framework for the dissemination of a culture of peace at local, national and international levels. The DPCW, which serves as a solution for world peace and conflict resolution, has already been promulgated as a national declaration in several countries around the world, including Antigua and Barbuda, Seychelles and Eswatini, and international organizations such as the Parliament of Central America. The aim is to present the law as a regional resolution across the Caribbean Community.

We need a new approach, a new systemic approach. But we need more cooperation in the world.

An HWPL volunteer went on to say, “Heads of state must share our urgency in this regard. They must join and sign the DPCW for this progress work. It is the heads of state that must be moved like us for this work of peace. Each of us has a responsibility to our countries and to the world to find solutions for peace, like those contained in the 10 articles of the DPCW, so that we can reduce violence, benefit from peaceful efforts and take a step forward. more towards a world that each of us can be proud to pass on as a lasting legacy to future generations.

The host organization, HWPL, is a non-governmental organization affiliated with the United Nations Economic and Social Council. The organization advocates for an end to wars and conflicts around the world. HWPL leads its peace initiatives in the Washington DC region and the Caribbean by working with its affiliate partners,

Legal warning: MENAFN provides the information “as is” without warranty of any kind. We accept no responsibility for the accuracy, content, images, videos, licenses, completeness, legality or reliability of the information contained in this article. If you have any complaints or copyright issues related to this item, please contact the supplier above.

The secret to improving your relationship

Prince William’s efforts to maintain a normal life for George, Charlotte and…