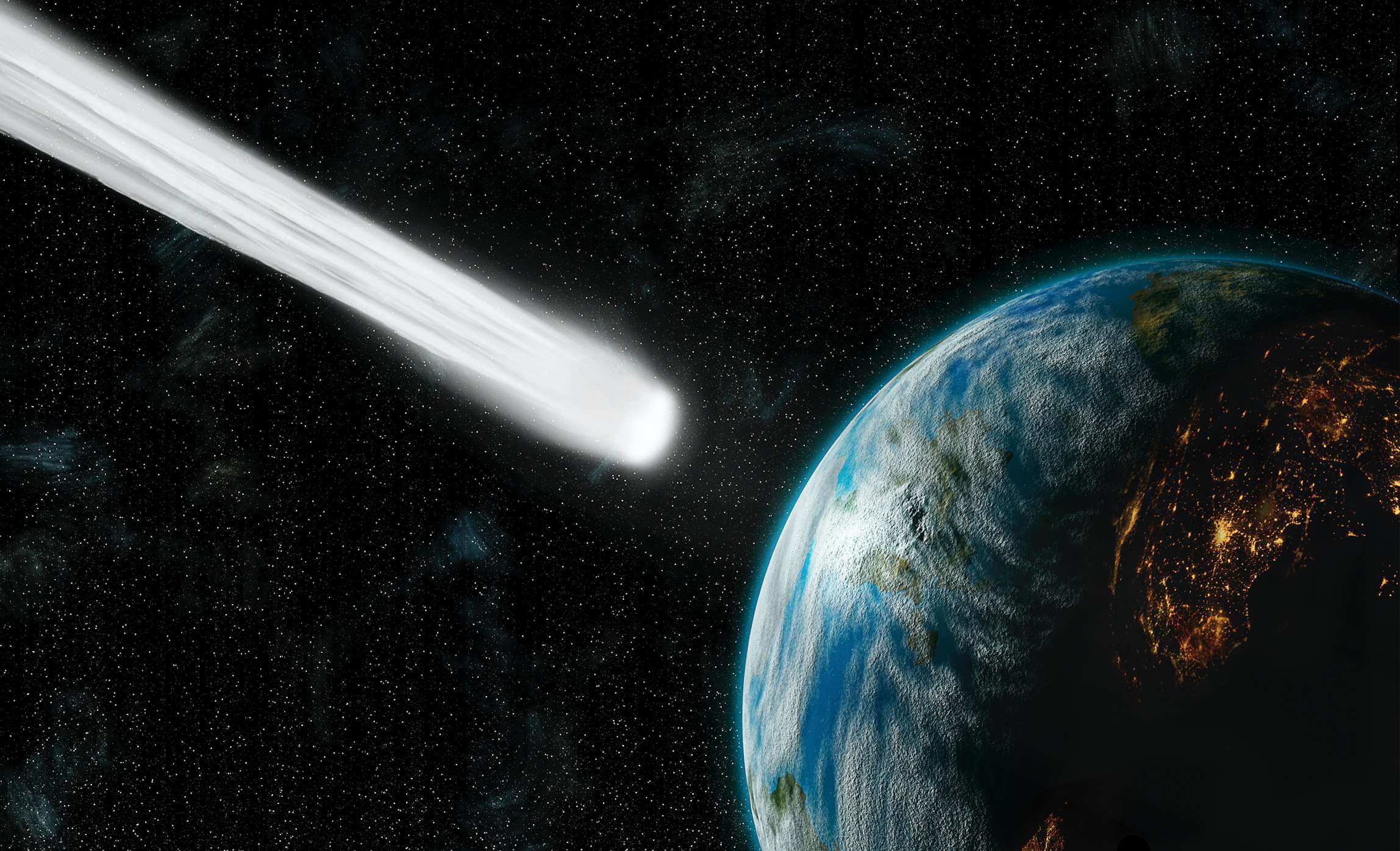 By now we’ve all pretty much memorized what happened to cause the dinosaurs to become extinct about 66 million years ago. It’s a science staple in college, and we can probably list it by heart.

The dominant and most widely accepted theory is that at the end of the Cretaceous period a cataclysmic six-mile-wide asteroid struck Earth, causing a climate-modifying event that wiped out nearly all living dinosaurs and flying reptiles on the planet. , delivering a major gash in its crust and rendering our world almost uninhabitable for thousands of centuries.

For the best evidence of this apocalyptic space rock, scientists point to the massive 90-mile Chicxulub crater found beneath the Yucatán Peninsula and the Gulf of Mexico. This deadly impactor hit just the right angle for maximum damage when it collided with the planet, ending the Age of Dinosaurs.

But a new study highlighted in The New York Times casts a wrinkle on that conclusion by suggesting that it was the shattered fragment of a flaming comet that flew too close to the sun that actually struck Earth, and not a asteroid.

Researchers based at the Center for Astrophysics in Cambridge, Mass. Submitted a study published in the online journal Scientific Reports suggesting that a giant cosmic snowball is the real villain in this grim scenario.

Their explanation indicates that a long-lived comet from the fringes of our solar system was torn apart by intense tidal forces from the Sun and the deadly shards were launched through Earth’s orbit where a huge shard landed.

“To this day, the origin of the Chicxulub impactor remains an open question,” said lead author Amir Siraj, an undergraduate astrophysics student at Harvard.

Their hypothesis explains the comet-like composition of the largest confirmed impact crater in Earth’s history in addition to the largest in the past million years, predicting a much larger proportion of impactors with compositions carbonaceous chondrites than previously expected from meteorite falls from the Main Belt. asteroids.

While a mountain of evidence suggests that Chicxulub’s impact led to the mass extinction event, the nature and true identity of Chicxulub’s impactor is still poorly understood. A current scenario hypothesizes that it was the break-up of the local Baptisina asteroid family that caused the formation of the Chicxulub impactor. But spectroscopic analysis showed that they were of a siliceous (stone) mineralogical composition, proving that they were an unlikely culprit of the Chicxulub space object, which had a carbonaceous chondritic composition.

Samples returned from Comet Wild 2 in 2006 revealed clues that the icy object has a similar carbonaceous composition, indicating that this composition may be much more prevalent in comets than has ever been believed. The Cambridge team also speculates that the Vredefort crater in South Africa and the Zhamanshin crater in Kazakhstan could also be the remains of cometary impacts.

“The fact that long-lived comets are likely made up of the material – carbonaceous chondrites – that lie deep within these craters supports our model,” noted Harvard astrophysicist and study co-author, the Dr Avi Loeb.

But not everyone agrees with this theory of the sun’s glowing comets dotting the prehistoric Earth.

One of the opponents is Natalia Artemieva, a senior scientist at the Planetary Science Institute in Tucson, Arizona, who rejects this hypothesis of cometary origin. In his opinion, those four-mile-wide comet fragments shown in the research paper would not have been large enough to create the massive Chicxulub crater.

For this contradiction, she draws attention to the concentrations of iridium deposited as a result of the impact, something that is visible in geological layers around the world.

“The size of the projectile must be consistent not only with the size of the crater but also with the overall amount of iridium,” explained Dr Artemieva. “This is certainly the case in the standard (stony asteroid) scenario, but not for a tiny cometary impact.”

For now, Siraj and Loeb are sticking to their story and are convinced that future exploratory comet missions could strengthen their research. Upcoming powerful telescopes like the one planned for the Vera C. Rubin Observatory will also help astronomers compile a more detailed list of assorted asteroids, comets and other near-Earth objects.

“Ultimately, the more we look to nature, the more we can answer fundamental questions about the world around us – about the past, but also about the future,” Siraj added. “That’s the beauty of science.”