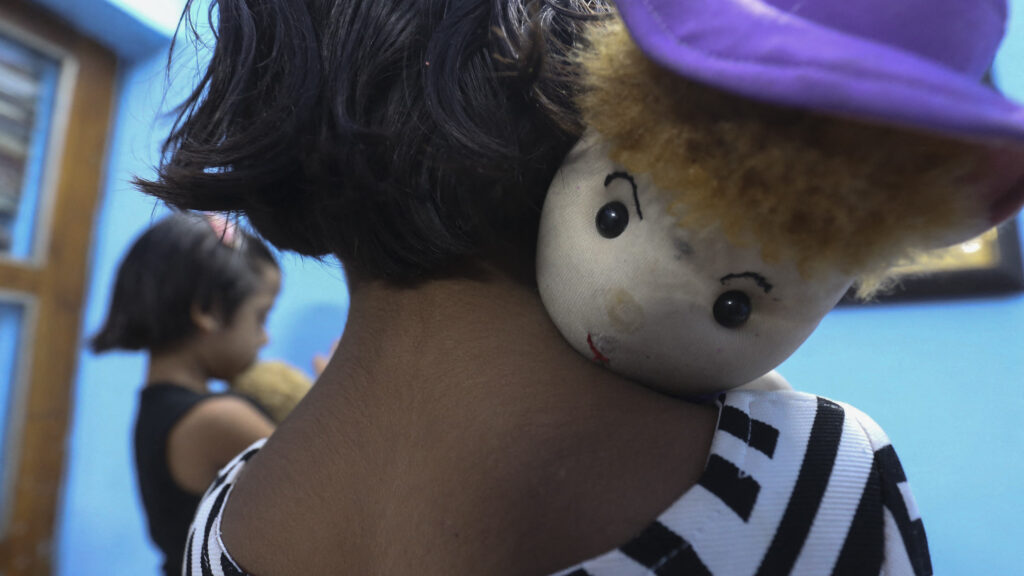 No return to normal for millions of children orphaned by Covid

FForgotten in calls for a ‘new normal’ and the movement towards it are the millions of children around the world whose parent or guardian has died of Covid-19. Their post-pandemic life will be anything but normal.

In a study recently published in the journal Lancet Child and Adolescent Health, we and several co-authors estimated that in the first 20 months of the pandemic, more than 5 million children lost a living parent or other caregiver. at home, like like grandma or grandpa. On the second anniversary of the pandemic in March 2022, the Covid-19 orphanage calculator shows that number has risen to over 7 million children.

Consider the story of Diana (pseudonym), 2.5 years old, who lives in rural Zambia. Her mother died before the pandemic, shortly after Diana was born, and her grandmother stepped in to become her sole caregiver. Three months ago Diana’s grandmother fell ill with Covid, with no one else at home to look after the two of them. After nine days she died, leaving boiling water on the stove for Diana’s morning tea. The toddler, seeing that no one was making tea, tried to make it herself. But she spilled the boiling water on her head and shoulders.

Her cries reached her grandmother’s neighbours, the Reverend Billiance Chondwe and his wife, Catherine, who rushed to find a car to take Diana to the nearest hospital, about 45 minutes away. When Diana was discharged from the hospital, the Chondwes took care of Diana at their home.

In our study, we were able to identify the groups of children most affected by the death of caregivers. More than half of affected children are like Diana, mourning a recent loss, as the Delta variant accelerated Covid-19 deaths in 2021. In just six months, the total number of children affected worldwide has doubled from from 2.7 million in May 2021 to 5.2 million. children by the end of October 2021. The toll has continued to rise.

For a variety of demographic and epidemiological reasons, three-quarters of children worldwide who have experienced the death of a parent during the pandemic have lost their father, who in many cultures is the primary breadwinner. Studies show that fatherless children who do not receive the help they need are at increased risk of exploitation, abuse, teenage pregnancy, poverty and vulnerability to violent extremism.

As global health researchers and child and family well-being experts who also study the prevention of child abuse and vulnerability, we hear stories from around the world about what the death of parents and caring grandparents does to children and families. We also hear from those who are stepping up to make a difference for the children left behind.

Individuals like us, readers like you, organizations and countries must recognize the responsibility to help the children left behind through concrete actions.

A starting point is to build on the success of U.S. government programs like the President’s Emergency Plan for HIV/AIDS Relief (PEPFAR) that have provided 20 years of support to millions of orphaned children. by AIDS. PEPFAR used best practices and evidence-based models to protect orphans and vulnerable children, and worked with national and local government, non-government, faith-based, and community organizations to meet basic needs such as food and education, and to invest in family-centered support services to keep children in loving families and out of orphanages. These efforts must be expanded and supported in countries around the world for children orphaned by Covid-19.

This, however, begins with accepting that we cannot just turn the page on the pandemic, say, “How sad,” and move on. Instead, we should ask “How can I help?”

While the numbers we and our colleagues have revealed in our research are important, for a child whose parent or caregiver has died suddenly, the only number that matters is one. In Diana’s case, that “one” was the Chondwes. Like them, each of us can be “the only one” by offering practical and compassionate support.

Each of us can also be the voice of many. It’s a simple thing to reach out to members of Congress to urge them to include children who have lost a parent or primary caregiver in Covid response plans – and point out that the US can lead by example ensuring the Covid-related orphanage is on the agenda for President Biden’s Second Covid-19 Global Leaders Summit in April.

The United States has led the world with its exemplary generosity in responding to the dire threats to 7 million orphaned and vulnerable children over the past 20 years of the AIDS pandemic. Americans have invested in the continued health, educational, psychosocial, and economic support of these children and, in doing so, ensured their recovery and resilience. The United States can once again show that the American people are dedicated to the well-being of the millions of bereaved children bearing a heavy burden of pain and loss in the first two years alone of the Covid pandemic.

As Nelson Mandela once said, “There can be no more accurate revelation of the soul of a society than the way it treats its children.

The Chondwes continued to help Diana by looking for a relative who could become her carer. They find his great-aunt, a widow from a neighboring village, who agrees to adopt him. The pastor’s wife from this village visits Diana every week to provide psychosocial and spiritual support. But the new family still needs food, as well as transportation to get Diana to the medicals she needs. Investments are needed now to support these critical aspects of Diana’s care and growth.

The world has passed 6 million Covid-related deaths, and what was once shocking has become a mere statistic for many people. Many accept the daily death toll – unless it affects them personally – because they feel powerless to do otherwise. We look away, explain, rationalize. But we cannot do this with the children left behind by this terrible scourge.

Seth Flaxman is an Associate Professor in the Department of Computer Science at the University of Oxford. Susan Hillis is the coordinator of the Global Reference Group on Children Affected by Covid-19 and the former Senior Technical Advisor to the US Centers for Disease Control and Prevention’s Covid-19 Response Team. They are grateful to Reverend Billiance Chondwe, project chair of the PEPFAR Faith and Community Initiative Partnership in Kapiri Mposhi, Zambia, for Diana’s story.

Prince William’s efforts to maintain a normal life for George, Charlotte and…