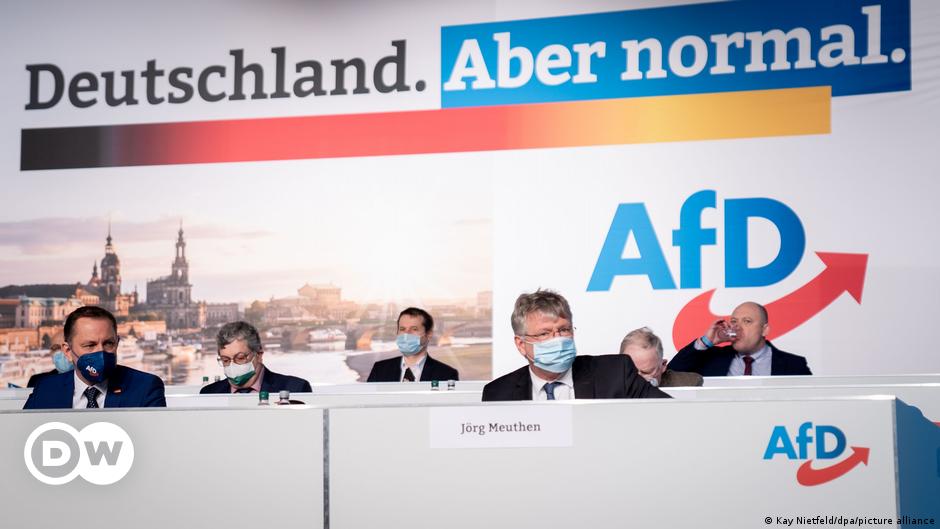 In the latest advertisement for the Alternative for Germany (AfD) party, a bearded garden gnome with a pointy hat stands on a flowering lawn. “The norm is a homeland”, sings a voice, “and secure borders”.

By publishing its electoral platform and its first campaign announcement at the party congress this weekend, the AfD has started its effort in the Bundestag 2021 under the slogan: “Germany. But normal”.

The AfD advertises what it considers to be a German norm or normality. The video shows grandparents hugging their children, a laughing family at the table, happy school children, a small dog and the garden gnome. In short, it is an ode to what the AfD considers to be a certain German nostalgia: in a period of a pandemic and the exceptional circumstances it necessitated, the party proposes to restore an imagined ideal.

However, what the AfD highlights as a contrast to normal is more revealing. The video shows cafes closed to slow the transmission of the coronavirus, burning barricades during protests, anti-fascists, a pale young woman demonstrating against climate change. According to the ad, these are not normal: they are not German. The pandemic policies of the federal government, the left and environmental activists are the enemies of the nation.

Behind the facade of German normality that the AfD offers in its advertising, there is a project to remake society. It’s not in the video, but it was exhibited extensively at the party congress in Dresden this weekend.

As part of the AfD’s electoral program, being German will once again be a question of heritage. With this, the party would ideologically declare hundreds of thousands of Germans as “non-Germans”. Immigration will effectively be made impossible – open only to people who bring 5 million euros ($ 5.95 million) to the country. Those with less will be allowed to enter as ‘gastarbeiter’ or guest workers, a loaded term reminiscent of a recent history of downsizing large sections of society to second-class citizens.

The AfD would like to wall up Germany, isolate it from debates over non-sexist language and equality for LGBTQ + people – and also literally shut it down with a new border fence. (“Fence” is the preferred term because “wall” has a traditionally negative association in Germany.)

Withdraw from the world

The party reiterates its call for Germany to withdraw from the EU and stop using the euro. The AfD might as well present its approach as “Germany first”, to borrow the views of defeated US President Donald Trump on diplomacy and international security.

It’s a long program. If the AfD wins, the party would expel hundreds of thousands of people, even those from countries where it might be too dangerous to return, such as active war zones. If a child arrives alone and obtains asylum status, the AfD would ensure that the child remains alone in Germany, a large majority of members decided, voting to end the reunification of refugees with their families.

The AfD would also make it possible to try children as young as 12 as adults. But otherwise, the party usually does not deal with questions of law and justice. Björn Höcke, the leader of the most extreme AfD faction, formerly known as Wing, had made it clear that the party had to send a political message and could not afford to worry about the law such as she currently is.

After all, the AfD is only interested in law and justice when they do not oppose it. This is exactly what makes the party a danger to Germany.

The AfD is extremely unlikely to install the next chancellor, nor would it be asked to form a coalition with other German parties following the Bundestag elections in September. But, in the near future, the AfD could become the most powerful party in the Land of Saxony-Anhalt: for that alone, its extreme position must be taken seriously.

In the opinion of the AfD, the friendly German garden gnome is the answer to the threats of a globalized world. What the AfD apparently doesn’t understand is that the German garden gnome is also an immigrant. It comes from Turkey, where workers used the ornaments to ward off evil spirits in the mountains of eastern Anatolia 800 years ago, and was eventually brought here by Italian traders. This is the history of mankind: what was foreign yesterday is typically German tomorrow. The world is on the move. It changes.

But there is nothing to worry about. It’s normal.

This article was translated from German.