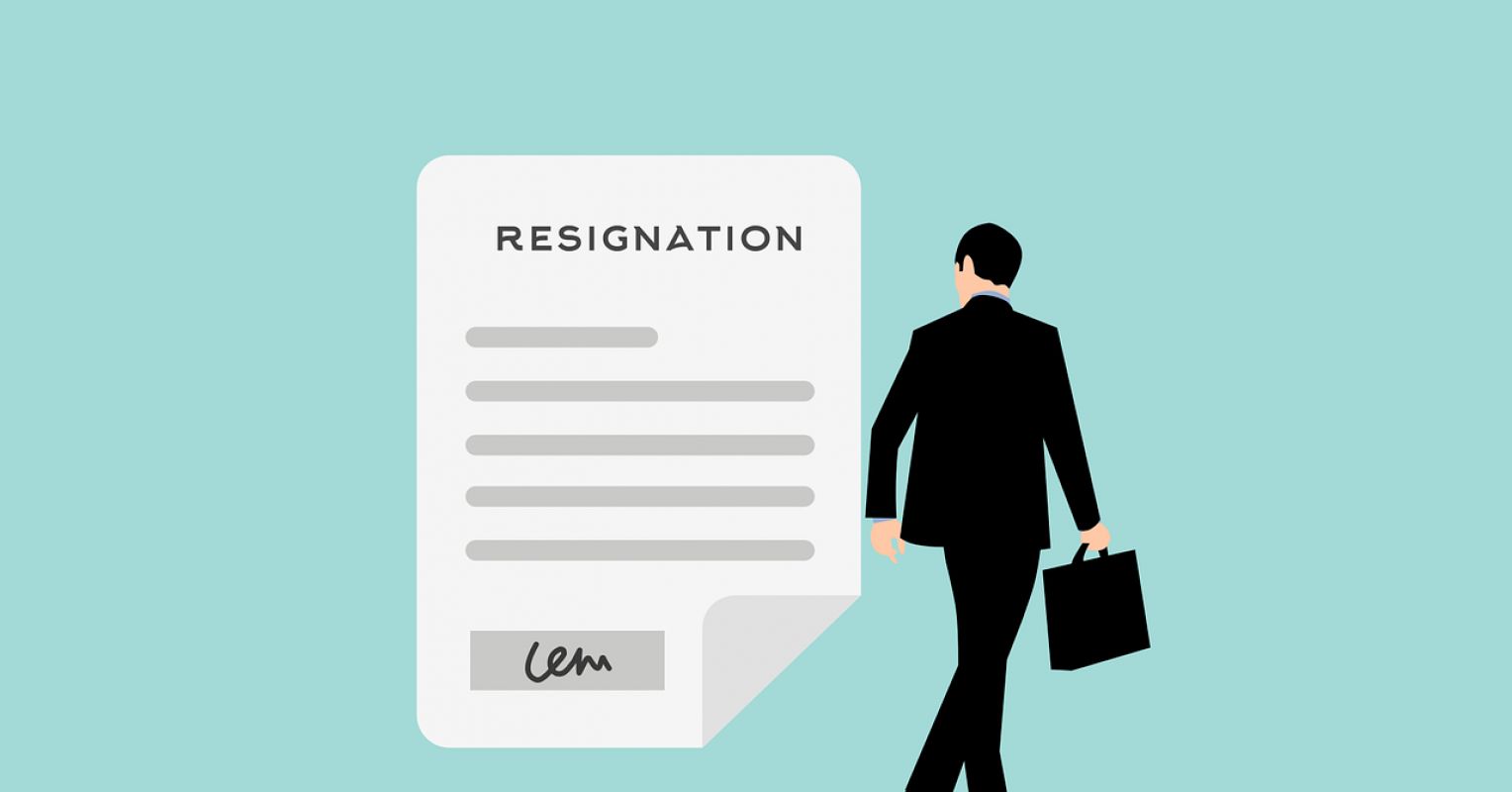 The media keeps feeding us terminology that comes with a lot of baggage, and the latest was the “Great Resignation.”[1]. Wikipedia provides perhaps the most dire description when it describes the Great Resignation as an “economic trend in which employees voluntarily resign from their jobs”. en masse(paragraph 1, italics added). Many members of the media, the Guardian at USA today, thankfully offered stories about “historic” and “record” drop rates. Other sources have lined up to share “expert” advice or sell consulting services (such as McKinsey & Co. and Gallup), all to make sure they don’t pass up the opportunity to use the fear of the Great Resignation to its greatest advantage.

To be fair, total annual non-farm quit rates since 2011 appear to be quite high (Figure 1), much higher than at any time since 2011. But, to conclude, this represents a kind of Mass, GreatWhere historical resignation period would be highly erroneous. After looking at the data through November 2021 and looking at other sources, it seems obvious that claims of a Great Recession have been significantly overhyped, especially when viewed as some sort of general trend. In pursuit of my own request, consider the following. 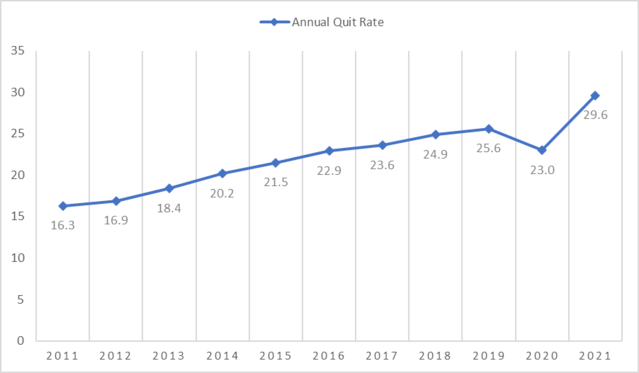 Source: Yours Truly, based on Bureau of Labor Statistics data

Figure 2 shows the difference between the 2021 total annual quit rates and the highest annual quit rate from 2011 to 2020 (all rates summed up to November) for each of the ministry’s different industry categories work. What is becoming evident is that low-skilled and blue-collar jobs account for the bulk of the increase in quit rates, with accommodation and food services (up 9.6%), trade retail and non-durable goods manufacturing (8.7% more) and durable goods manufacturing. (6% more) in the lead. Health and social services (5.2%) is the first professional field to enter, in 4th place. Some industries that one would expect to see higher dropout rates, such as real estate (-0.5%) or education (-0.5%), actually saw higher dropout rates. abandonment lower than those of at least one of the previous 10 years. 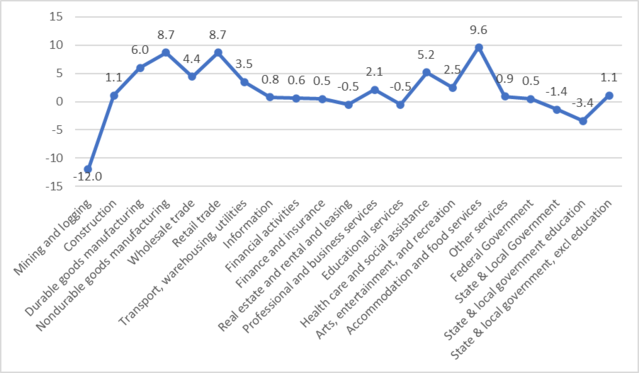 Figure 2. Difference in dropout rates between 2021 and the peak of the last 10 years

Source: Yours Truly, based on Bureau of Labor Statistics data

Many industries have seen higher quit rates than they have since 2011, but that would by no means be considered some sort of “en masse” trend. The median difference between industries is only 1.1 points higher than at some point between 2011 and 2020 (and an average of 1.82 percentage points). Instead, workers employed in low-skilled or blue-collar industries, where much of the work can only be done on-site, have driven the seemingly massive global quit rate.

This point was recently emphasized by Thompson (2021), which pointed out that among people aged 65 and over, labor force participation has declined by more than 10% since before the pandemic. As pointed out Schramm and Figueiredo (2020), workers aged 60 and over made up about 15% of the workforce, with about a third of them falling into the essential worker category. Given the increased risk of COVID-related complications for this age group, it’s no surprise that many of them have decided to stop working. Although the number of workers aged 65 and over who have simply decided to leave the labor market explains only a small overall percentage of the actual quit rates (about 1.5%), it would not be surprising to find another significant percentage left their current job in favor of a more secure job.

There is no evidence that current dropout rates are historical

Zagorsky (2022) pointed out that current data on dropout rates only goes back to 2001. Thus, any claims of “historic” or “record” dropout rates are based only on data from the past 20 years. Granted, overall abandonment rates are higher than they have been since 2001, but that’s assuming that abandonment rates wouldn’t have been higher during the “dot.com” bubble or after the Second World War, the two periods in which the economy was in a state of radical flux. Thus, it seems highly unlikely that these are historic or record dropout levels.

What to do with it all

Psychologically, it makes sense that some industries are seeing their quit rates increase. For many industries that have seen significantly higher quit rates, the pandemic has introduced additional challenges for workers that have likely weighed in on the costs of maintaining the status quo (which is generally preferred[2]) greater than the benefits of doing so. As I mentioned in my last post, fear can be a powerful motivator, and COVID coverage has likely created incentive where there may not have been before the pandemic began.

Thus, many workers were motivated to seek change, a desire for higher wages, greater perceived safety in their work environment, and other reasons. When businesses started to reopen in 2020, there were more job openings, sometimes with higher wages, leading to a perfect storm for rising quit rates in a small subset of industries.

Many of these same industries that are seeing an increase in quit rates are also seeing an increase in hiring rates, which will likely result in the second-highest gap between the hiring rate and the quitting rate since 2016.[3] (currently sitting at 17.8 percentage points). In other words, industries are hiring far more workers than they are losing. Considering the increase in hiring and the massive disruptions that have occurred in several workplaces, it is not surprising that almost a third of workers were looking for a change[4].

Much of what is available online in terms of discussions of the Great Resignation assumes that the surge in dropout rates is due to professionals. However, the benefits of many professional jobs have actually outweighed the costs incurred as a result of COVID, as many of these workers have experienced benefits due to the shift to remote working (e.g. reduced commute time , increased satisfaction and higher reported productivity). The same could not necessarily be said for many lower-paid or less-skilled workers, which makes the cost-benefit analysis of maintaining the status quo much more untenable.

So when we look at the data itself and better understand the psychology that goes into employment decision-making, it becomes more apparent that The big resignation was nothing more than The great overmediatization, except in a few areas. However, how organizations choose to handle issues in the future could determine whether we end up seeing comparable dropout rates in more professional sectors.

Will the optional test become the new standard in admissions?

Chemo may be more effective depending on time of day, WVU research finds