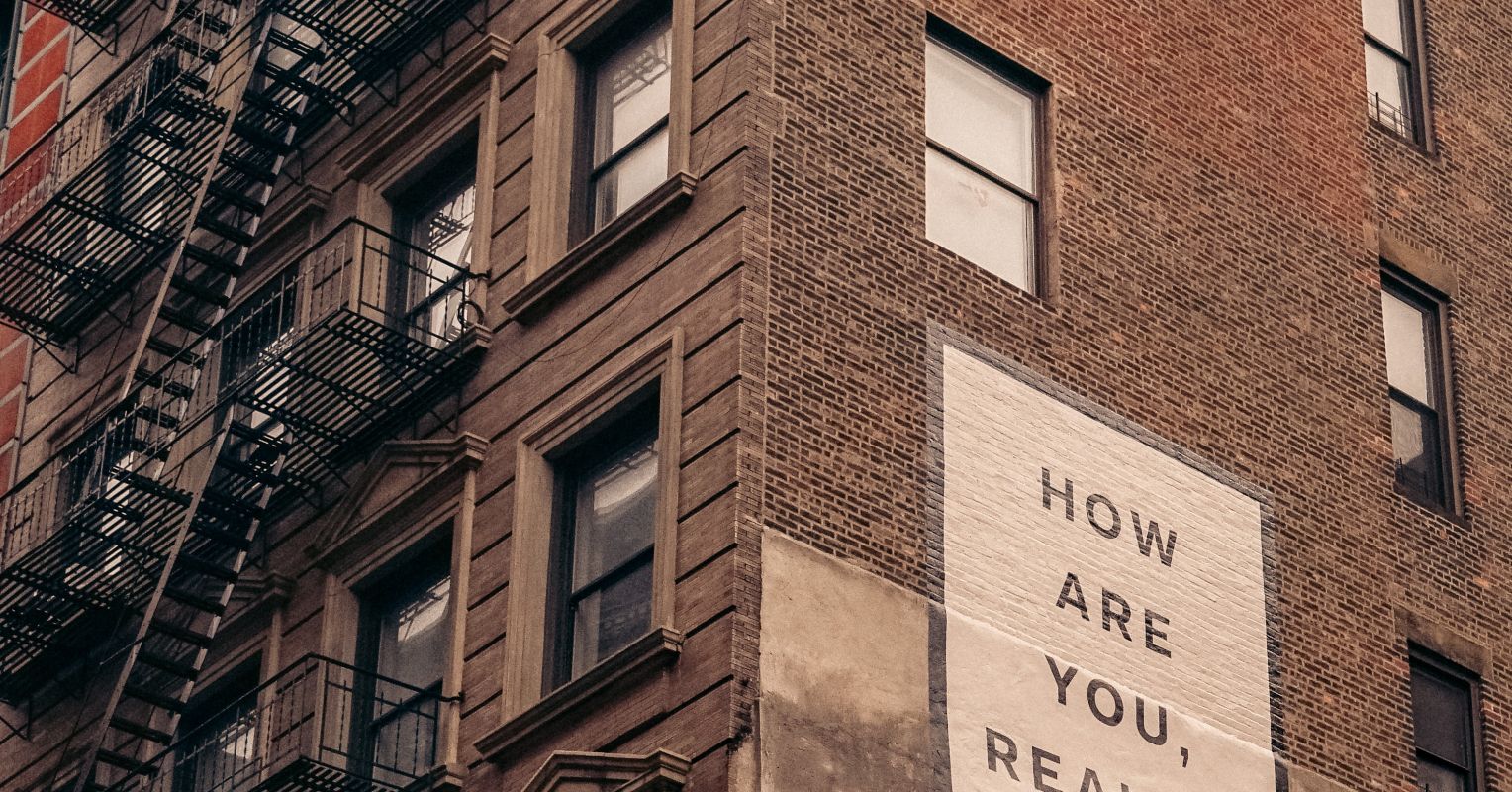 I collected mental health statistics for a project I am working on called “Youth Disorders”. Among the most alarming are those of studies carried out before the pandemic:

Since problems like these are difficult to define, they are difficult to count. But at least roughly, the numbers speak to the widespread pain and struggles of young people. They are suggesting that something is seriously wrong, and I try to find answers by exploring the larger situation in which high school and college kids find themselves caught.

When we look at the numbers, we are not meeting the individuals themselves – children who have fallen into depression, have been overcome with anxiety, or have considered suicide. We come across “data”, examples of a general phenomenon.

There is a deep irony here. The numbers are meant not only to measure the extent of these problems, but also to push us into action. Articles analyzing the datasets and presenting the numbers – which can be found mostly in the medical and psychological literature – are usually self-explanatory: we need to tackle these issues and get people the help they need. But this concern never goes beyond the most abstract and generalized formulation addressed to a class of nameless patients, whose texture and uniqueness of life are disappearing. And their pain too, which cannot touch us or teach us anything about the way we live now.

Mental health statistics can be helpful. But precisely because these are numbers, the suffering they quantify must be categorized into behavioral categories, and those in pain must be sorted accordingly – the depressed, the anxious, “suicide ideaters.” With few exceptions, each discrete type is then reported separately, in its own specialized research literature, and without necessary reference to another problem. So named and categorized, suffering and the victim become readable, understandable and, at least in principle, manageable through institutional intervention and professional treatment. We “know” the problem.

This abstract way of “knowing” about problems first came to me a few years ago at a one-day “Crisis on Campus” symposium sponsored by the American College Health Association. To meet the “growing mental health demands of students in our country,” the event’s sessions brought together university presidents, policy experts, staff from counseling centers and researchers analyzing trends in data from across the country. mental health assessment. The sessions documented in numbers the “epidemic” of mental health issues, such as depression and anxiety, and the “exponential” growth in demand for student services. The presenters asked, of course, for more data.

In contrast, a mid-day panel with students was billed as “We are the many faces of mental health”. During the previous sessions, the moderators had indicated that during this lunch-conference, we “would hear the students”. I was looking forward to this session. From discussions and interviews with students over the years, I have known that young people have a lot to say about their world and the challenges they face. In the morning session, university officials who spoke were stunned by the problem and the dramatic expansion of their psychological services. And the afternoon would bring in the types of research, which would predictably come with some familiar “well-being” statistics and ideas. Students, I expected, would shed light on what was wrong with them in first person.

They did not do it. Although the two participating students apparently faced their own mental health issues, neither was asked about such an experience. Both were active in their campus chapter of Active Minds, a national group that promotes student mental health advocacy. Both spoke as para-professionals, answering questions from the moderator about the various outreach efforts with students, efforts to identify and put troubled students under administrative supervision (including by other students) and, if necessary, in contact with campus professionals and their bureaucratic structure of care and concerns.

The student panelists emphasized their goal of getting students to express themselves. While commendable, I couldn’t help but think that such efforts often end up being an exercise in not listening. Getting students to share their struggles in some form of supervision can be a way to subtly endow them with an identity of patients of a particular type, understandable subjects for institutional purposes. We listen, but for the purpose of hearing the speaker’s “problem” or “condition” which, when exposed and named, can be circumscribed by a formal “understanding”. The speaker’s unique stories or perspectives disappear, as they did in this panel. Not hearing, we remain isolated from their pain and deaf to its sources in the real challenges that our institutions help to create. The “problem” is being solved, but the students remain unknown.

Listening to young people and their stories of struggle forces us to resist defining them. The meaning of their suffering is not in chimerical or institutional categories but in their irreducible experience. We, their parents, friends or supporters, must be attentive and make room for this experience and allow it to tell us about the worlds in which they live.