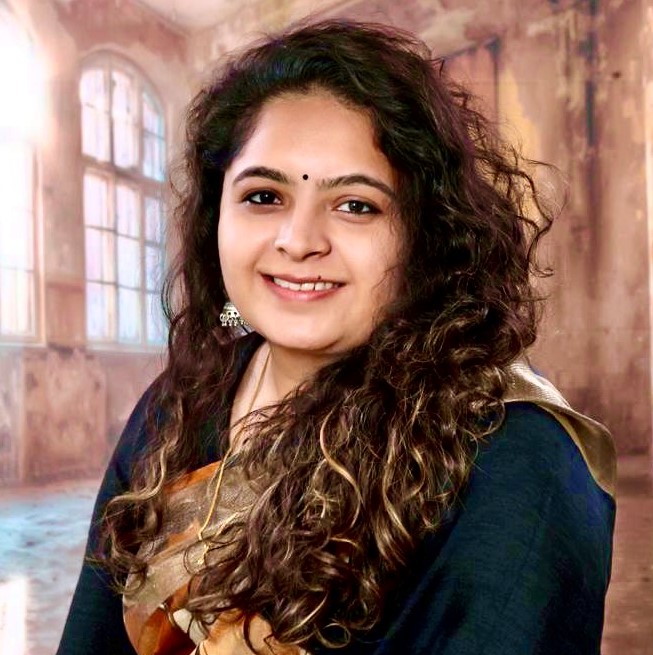 Bandra, one of the upscale towns of Mumbai, was known to be the home of celebrities. And where there is money and fame, there will certainly be secrecy. Hidden in the luxurious condos of high-rise buildings lie the secrets of prosperity, health, relationships, family issues, and many other untold secrets. One of these rich and famous families meticulously planned a strategy to hide their daughter’s secret.

Utkarsha Vashisht was an aspiring actress, following in the footsteps of her mother Prerna Vashisht, a successful actress of her day. Utkarsha was a dedicated girl who blindly followed all of her mother’s instructions when it came to the profession she really wanted to be successful in. her producer, who promised her a meaty role of the main lady.

Today, after five months, she was standing in front of her mother with a well-developed belly. It was the result of giving your producer what he wanted. On another Tuesday like this, five months ago, she stood in front of her mother and told her she was four months pregnant. All hell broke loose when Prerna screamed at the top of her voice, completely annoyed by her daughter’s stupidity. Nothing could be done at this point. Doctors advised them not to have an abortion. What to do now was the big question in Prerna’s head. As she sat in her bedroom without showing any sympathy for her mute daughter, her housekeeper entered with her glass of regular red wine.

“Hmmm,” was Prerna’s short response as she was busy thinking of a solution to hide her daughter’s dirty secret. Taking a long puff of her cigarette, she saw the maid still standing.

“What’s the matter, Chaya?” she asked.

‘Why?’ “My brother’s wife gave birth to a baby girl yesterday at my house. She needs help. ‘

Just then, a bell rang in Prerna’s mind. The plan was made. She decided to hide her secret in one of the dirty alleys of Dharavi, one of the biggest slums on the planet. Of course, everything came at a price, as did her maid’s little tin shack in Dharavi. Next week, early one morning, Chaya left with Utkarsha and a heavy purse filled with cash to Utkarsha’s new home for the next five months. For the rest of the world, she was in New York, pursuing a six-month acting training course.

Today there was a reason Utkarsha stood in front of her mother. After almost five months, she had come to meet her daughter at three in the evening, secretly in this fragile shed, carrying a similar purse crammed with money. Things had to be decided quickly. Utkarsha would give birth anytime now, and it was decided that she would not be shown her baby. Chaya and her husband had begged Prerna to allow the mother to be with the child for at least a month. But Prerna had made up her mind. Chaya’s husband Krishna, a caretaker working in Andheri, had an idea when Prerna racked his brains over her future course of action.

‘Madam, near the building where I work, there is an orphanage called’ Panaah ‘. Why don’t we admit the baby there?

‘Admit? Are you crazy? Want to create an official record of this illegitimate child, who is going to ruin my daughter’s career before she starts? Just drop the baby on the doorstep once he is born.

“But, Madame, such a small child… how will he survive?” Chaya asked worriedly.

“Depends on the fate of the child. If the baby is supposed to live, he will. Do what I say. And keep in mind that anyone who goes there shouldn’t be seen by a soul. Clear? ‘

‘You shut up. You just have to give birth and come home after a month, and be in good shape. You got it… IN SHAPE… there’s a lot of money flowing down your waistline. I want him as he was. Follow the directions of your dietitian. And Chaya, you have the eating chart with you, don’t you?

In no time, Prerna left, not even looking at her crying daughter once. Within a week, Utkarsha gave birth and gave birth to a baby boy, in the same shed in Dharavi. As decided, he was not shown the baby. Chaya held the newborn baby while Krishna looked at him,

“Look at this little baby; he looks weird, doesn’t he?

‘Hmm, it’s because of that birthmark that he has.’

“I think I’m going to go to Panaah tonight and leave him there. I don’t want to attract the attention of the neighbors with this baby’s cries.

“My God, I feel like we are doing the cruelest thing there is,” Chaya said.

“Don’t think so, Chaya, we already have five mouths to feed, just look at the money this boy has brought into our lives. And rest assured, I’m sure this lady from Panaah will take care of this child. She is a kind and generous lady. I have watched his orphanage grow over the past eight years.

In the early hours of the morning, ignoring Utkarsha’s request to see the baby at least once, Krishna carried him wrapped in an old cotton cloth. He waited at the Panaah gate until six in the morning, which was a safe time to leave the child. He was sure someone would open the door at six o’clock. He rang twice, kept the sleeping baby on the floor, and waited to hear footsteps. As the sound grew louder, he made a quick exit and hid behind a bush to be doubly sure the baby was well taken care of.

A lady in a yellow cotton sari, half asleep, opened the door and looked around to find no one. Krishna cursed himself when she was about to close the door without noticing the baby. And suddenly they were both surprised by the cry of the child. Krishna thanked God as the lady chose the crying child. She looked for someone, but after five minutes of waiting and searching, she took him inside. Krishna was relieved, he blessed the lady, the owner of Panaah, and continued his duty in the neighboring building. What he and the lady didn’t know was how much the baby thanked them for putting him in Panaah. Half of the baby’s work was done. Now he had to sort of meet Ameeya.

And he did… it was the Creator’s plan after all.

Extracted with permission from Invocation of the Creator, Priya Sidharth Sethi, Locksley Hall Publishing. Learn more about the book and buy it here.

The Dispatch is a sincere effort of ethical journalism. Truth, accuracy, independence, fairness, impartiality, humanity and accountability are key elements of our editorial policy. But we are still not in a position to generate great stories because we do not have the adequate resources. As more media fall under corporate and political control, informed citizens around the world are funding independent journalism initiatives. Here is your chance to support your local media start-up and help independent journalism survive. Click on the link below to make a payment of your choice and become a stakeholder in citizen journalism

Search for your “false memories” with the help of the library

Business in Brief: Insights from Normal; “We are still here” | Forest Hills Connection |