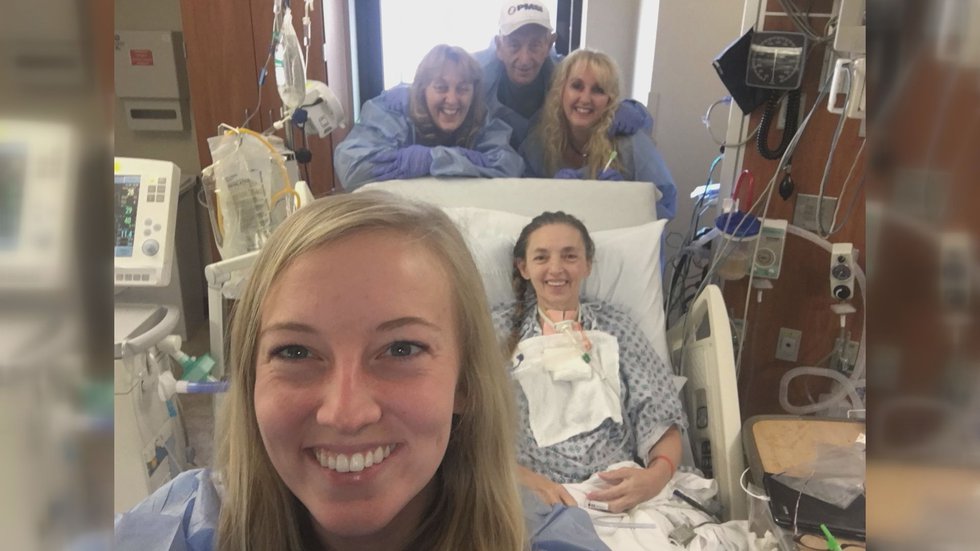 Woman from Virginia, once a teacher, turns to cystic fibrosis research after the loss of her mother

CHARLOTTESVILLE, Virginia (WVIR) – After teaching science and Spanish in schools in Virginia for nearly a decade, Erica Tharrington is completely changing careers. The dramatic change was inspired by a very difficult personal loss, and now it turns grief into healing for others.

While teaching, Tharrington had a second job caring for her mother, Rhonda Lewis, who was diagnosed with cystic fibrosis. But when Lewis passed away five years ago this week, Tharrington had no idea her own journey would bring her back to where it all began.

Tharrington called his mother strong and very stubborn – exactly the qualities one looks for when going through a debilitating disease like cystic fibrosis. Lewis began treatment at the University of Virginia before moving to Pennsylvania for a double lung transplant. But in 2016, after complications, Lewis died at the age of 56.

“[It] It took me a long time to be able to deal with this and the trauma that resulted from it, ”Tharrington said.

While working on the treatment of loss, Tharrington said, “There were times when I absolutely wanted to be very, very far from it all.”

But she did have a chance connection with an old friend, Lynsie Steele, who is the chair of the Charlottesville Brewer’s Ball Committee, a cystic fibrosis foundation.

“We have already done a great job raising millions of dollars to find a cure for cystic fibrosis,” Steele said. “But having someone like Erica means she’s going to be an inspiration for other people in the community to get involved.”

Turns out, it was Erica who was inspired to get involved even more. She found a position as clinical research coordinator in the CFU unit at AVU.

An application – and a cover letter about his mother – later, Tharrington takes on a new job where his mother’s treatment began.

Steele says Erica’s ability to connect people to the human side of CF is “magical.”

Today, Erica says she is working to make drug trials easier for patients with UVA cystic fibrosis, but she also wants to continue advocating for patients, just as she was for her mother.

27th NRCE to inspire retail makeover into the new normal